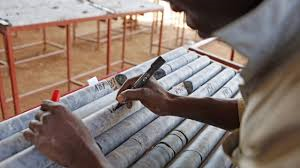 Orezone Gold Corporation (TSX:ORE) is pleased to announce that it has closed its previously announced non-brokered private placement . The Company raised C$5M through the issuance of 10 million new ordinary common shares at a price of C$0.50 per share. No commissions or finder’s fees were paid in connection with the Private Placement.

The Company will use the proceeds to advance technical studies towards completion of the feasibility study for an oxide-only heap leach operation at the Company’s Bombore gold project located in Burkina Faso, West Africa, and for general corporate purposes. The Company expects to update its Preliminary Economic Assessment before year end and complete the feasibility study in 2014.

Directors and other insiders subscribed for a total of 4.4 million Common Shares or $2.2 million of the total offering.

Orezone is a Canadian company with a gold discovery track record of +12 Moz and recent mine development experience in Burkina Faso, West Africa. The Company owns a 100% interest in Bombore which is situated 85 km east of the capital city, adjacent to an international highway. Mineral resources are constrained within optimized open pit shells that span 11 km, and include 4.13 Moz of measured and indicated (125 Mt @ 1.03 g/t) and 1.03 Moz of inferred resources (35 Mt @ 1.00 g/t) with an average depth of drilling to only 120 meters. The Company is completing an NI 43-101 compliant Preliminary Economic Assessment for an oxide only heap leach operation at Bombore in order to become a mid-tier gold producer.