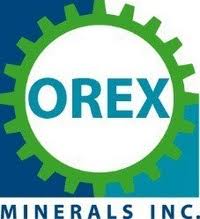 Orex Minerals Inc. (TSX-V: REX) (OTCQB: ORMNF) is pleased to announce that it has entered into an agreement to form a Joint Venture with Pan American Silver Corp. (TSX: PAAS) (NASDAQ: PAAS), through its subsidiary Plata Panamericana S.A. de C.V. to further explore and develop the Sandra Project, formerly the Sandra-Escobar Project, in Durango, Mexico.  Terms of the Joint Venture arrangement are based on a Letter Agreement signed in July of 2019, (see Orex News Release July 8th, 2019).

The Sandra Project is a consolidation of two groups of claims, each controlled by the two participant parties.  Orex and Pan American will own a 40% and 60% interest, respectively, in a new joint venture company that will be formed for the Project. Each of Pan American and Orex will be obligated to make contributions to the joint venture company in proportion to their respective ownership interests and Orex will be the initial operator of the Project, subject to the terms and conditions of the shareholders agreement between the parties.  Orex intends to finalize an initial program and budget with Pan American and commence work on the Project as soon as possible.

Orex’s President, Gary Cope said “We are very pleased that we have finalized this new joint venture arrangement, which allows Orex and Pan American to continue the advancement of the Sandra-Escobar project, previously initiated in our joint venture with Canasil Resources Inc.”.

Sandra Escobar is situated north of the town of Tepehuanes, Durango, in the heart of the “Mexican Silver Trend”, midway between the mining districts of Tovar and Guanacevi and is 75 km west of Silver Standard’s La Pitarrilla. This prolific trend hosts some of the world’s largest silver camps and deposits, including Fresnillo, Guanajuato, La Pitarrilla, La Preciosa, Real de Angeles and Zacatecas. Mineralization hosted on adjacent and/or nearby properties is not necessarily indicative of mineralization hosted on the JV’s property.

The Project consists of the Sandra Property of 6,335 hectares and Escobar Property of 635 hectares of mineral concessions and covers multiple mineralized epithermal quartz veins, disseminated horizons and breccia structures. These mineralized features form a high-level silver-gold-base metals system, hosted in andesitic and rhyolitic rocks, centered on a large rhyolite dome complex in the north and silver systems in smaller rhyolite dome complexes to the southeast. Intense alteration zones and fluid flooding in permeable formations indicates the presence of bulk tonnage targets. Excellent infrastructure exists in the Sandra-Escobar area, including paved road access, electrical power, water and manpower from nearby communities.

Ben Whiting, P.Geo., and Dale Brittliffe, P.Geo., are Qualified Persons as defined in NI 43-101 and take responsibility for the technical disclosure contained within this news release.