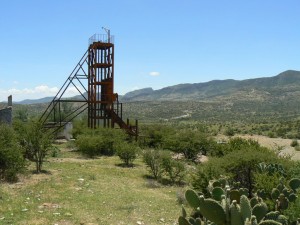 Orex Minerals Inc. (TSX-V:REX) in conjunction with their project partner Fresnillo PLC (LSE:FRES) have mobilized a second exploration diamond drilling rig to their Coneto Silver-Gold Project in Durango, Mexico, and a third drill rig is being planned. A joint technical committee, with both Orex and Fresnillo representation, is guiding the Coneto project, with Fresnillo as the operator.

Orex’s President, Gary Cope says, “It is a positive step forward to see additional drill rigs added to the program.”

The service provider, Kluane Drilling Ltd. utilizes modularized mobile drilling equipment to minimize environmental and social impact, such as the KDHT-1000 drill rig, which is capable of +500 metre depth of large HTW-size core and +800 metre depth of intermediate NTW-size core.

The historic Coneto Mining District is situated in the heart of the “Mexican Silver Trend”, on the Mesa Central, stretching from Guanajuato in the southeast, through to the states of Zacatecas and Durango. The trend hosts some of the world’s largest silver deposits, including Fresnillo, Guanajuato, La Pitarrilla, La Preciosa, Real de Angeles, and Zacatecas mining camps.