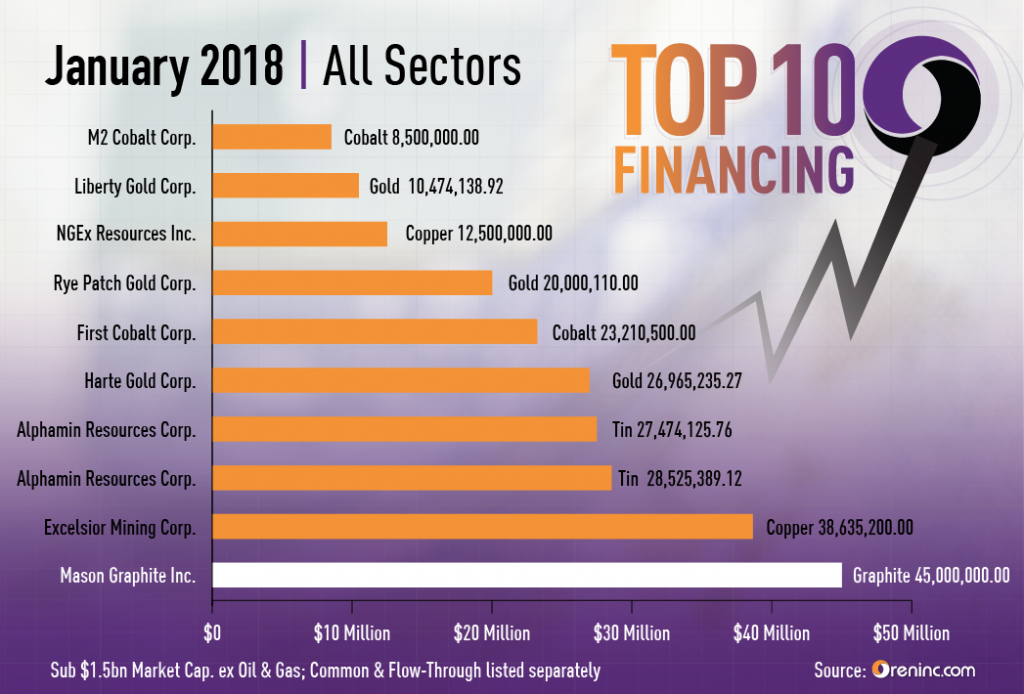 In base metals, the top ten deals in January totalled $121.9 million with the majority being raises for copper.

Mason Graphite (TSXV:LLG) closed a $45 million offering underwritten by a syndicate led by National Bank Financial on a bought deal basis via the issuance of 18.75 million shares @ C$2.40. The net proceeds will be used for development and construction expenses related to the Lac Guéret graphite mine and Baie-Comeau, Québec concentrator plant project.

Excelsior Mining (TSX:MIN) closed an oversubscribed non-brokered private placement in two tranches through the issuance of 38.6 million shares @ 1.00 for $38.6 million. The net proceeds will be used for the development, construction and maintenance of its Gunnison copper project in Arizona, USA.

Alphamin Resources (TSXV:AFM) closed a private placement of 89.1 million@ $.032 for gross proceeds of $28.5 million. It also closed a non-brokered private placement of 85.9 million units for gross proceeds of $27.5 million. Each unit comprises one share and half a warrant exercisable @ $0.40 for three years. The net proceeds will be applied towards the equity requirement for the continued development of its Bisie tin project in Democratic Republic of Congo.