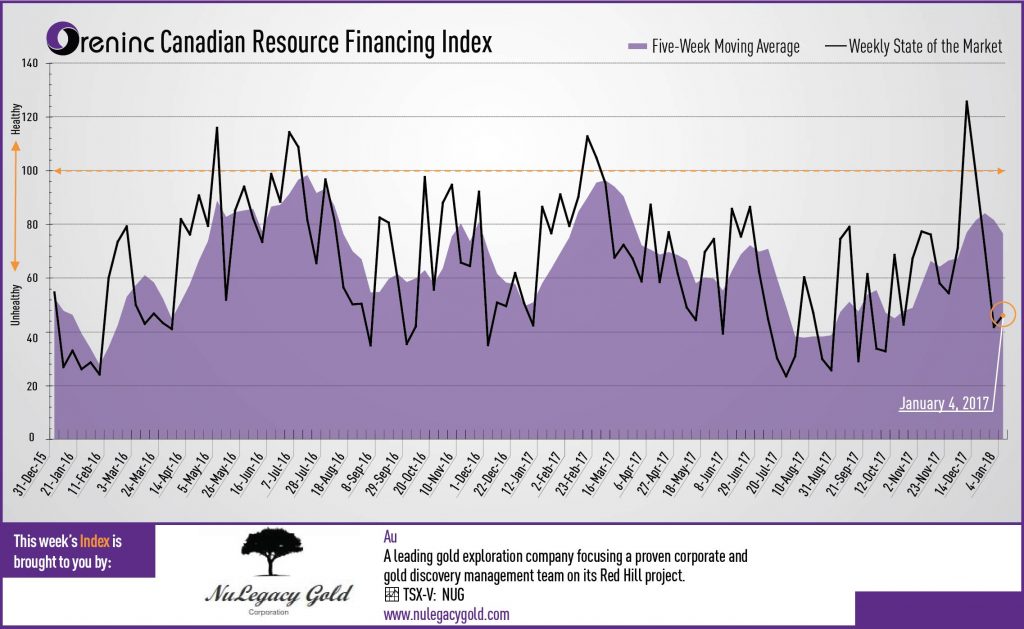 The Oreninc Index grew in the week ending January 5th, 2018, as activity picked up in the first trading week of 2018, to 46.11 from an updated 41.79, although the New Year meant that there were only four trading days.

The news was dominated by extracts from Fire and Fury: Inside the Trump White House, a new book by Michael Wolff that features multiple comments by former White House strategist Steve Bannon about the president that paint him in a dim light. The book has shot to the top of the Amazon best seller list after its publication was brought forward as the White House tried to impose a cease and desist order.

Gold continued its strong close to 2017 due to a weakening US dollar and worse than forecast payroll data.

Total fund raises jumped as the new year began to C$116.7 million, a two-week high, which included no brokered financings and no bought-deal financings. The average offer size jumped to C$5.6 million, a four-week high, whilst the total number of financings decreased to 21, a 19-week low.

PetroShale (TSXV:PSH) opened a C$93.95 million offering on a strategic deal basis. The deal is expected to close on or about January 15th.