ORENINC INDEX up as Financings Increase

ORENINC INDEX up as Financings Increase 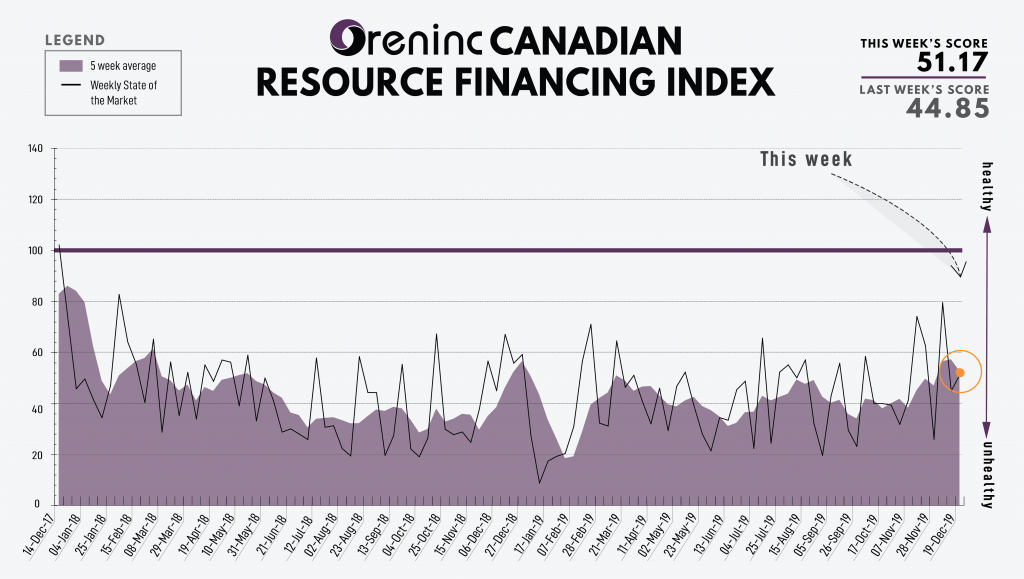 US President Donald Trump was impeached by the House of Representatives on two charges, which means he will face a Senate trial in early 2020, however with a Republican majority in the Senate, it is more than likely he will be acquitted. In the meantime, Democrats claim that his impeachment is a matter of urgent national interest and losing force given House Speaker Nancy Pelosi’s delay in handing the case to the Senate.

In the UK, riding high on his landslide election victory the previous week, prime minister Boris Johnson saw his European Union withdrawal bill pass with a majority of 124 in the House of Commons. The UK departure is now likely to happen at the end of January.

Elsewhere in Europe, Sweden’s central bank ended a decade of negative rates by increasing its key borrowing cost to 0%.

As trade tensions seemingly continue to thaw between the US and China, the Asian nation announced a one-year tariff exemption for imports from the US on six items including chemical products, lubricants and plastics.