ORENINC INDEX up as deals increase

ORENINC INDEX up as deals increase 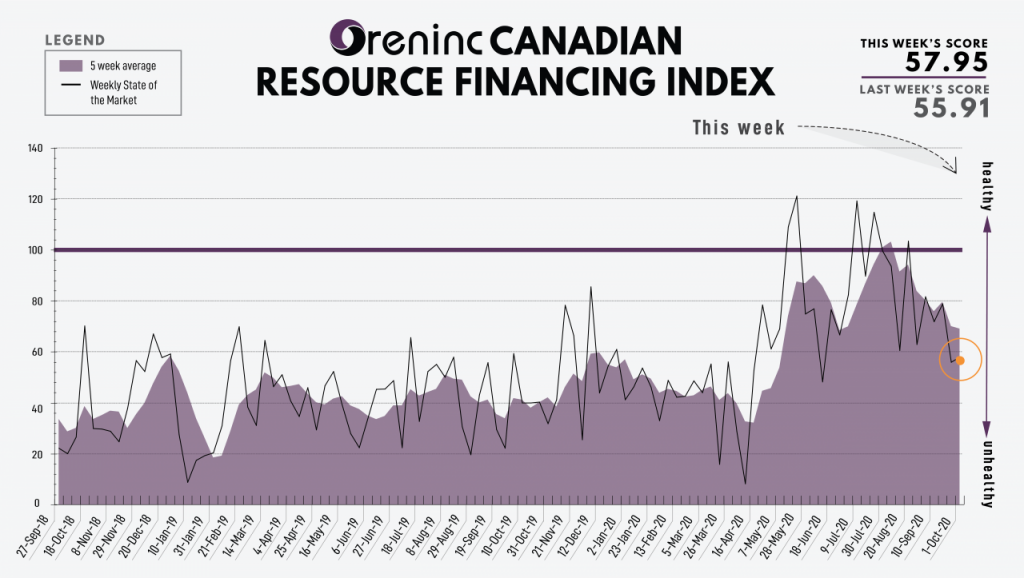 The Oreninc Index increased in the week ending October 2nd, 2020 to 57.95 from an updated 55.91 a week ago as the number of deals increased.

The inevitable has happened as US president Donald Trump has tested positive for the COVID-19 virus together with first lady Melania Trump. The news came days after Trump appeared in the first debate with fellow contender in the November presidential election Joe Bidden, the Democratic Party nominee.

The US saw the number of people applying for first-time jobless claims fell 36,000 to 837,000 according to the Labor Department, the lowest reading in unemployment claims since the start of the COVID-19 pandemic. The four-week moving average for new claims was 867,250, slightly down from the previous week. Continuing jobless claims fell to 11.767 million while continuing claims fell 980,000. The Bureau of Labor Statistics later said 661,000 jobs were created in September, missing expectations of around 900,000 in job gains, as the unemployment rate fell to 7.9% from 8.4% in August.

Despite these statistics moving in the right direction, many analysts believe the recovery is still precarious and could reverse as several firms announced mass job layoffs. Walt Disney announced the firing of 28,000 workers, while 9,000 are going at Royal Dutch Shell.

Talk of a new financial stimulus package in the US continues to be just talk although House Democrats released a US$2.2 trillion proposal.

In Europe, the UK and European Union appear to be no closer to negotiation a new relationship deal. The EU launched legal action against the UK after the Boris Johnson administration failed to respond to its demand to drop legislation which would overwrite the withdrawal agreement and break international law.

Tens of thousands of jobs in the UK automotive sector are under threat due to the potential for higher export tariffs as the EU said components from Japan and other non-EU countries used on UK assembly lines should be considered British. It is thought the average British content of cars built in the UK is about 44%, which falls foul of the rules of origin system. Car manufacturer trade bodies accuse the government of doing more to protect the UK’s tiny fishing industry compared to the giant car industry.