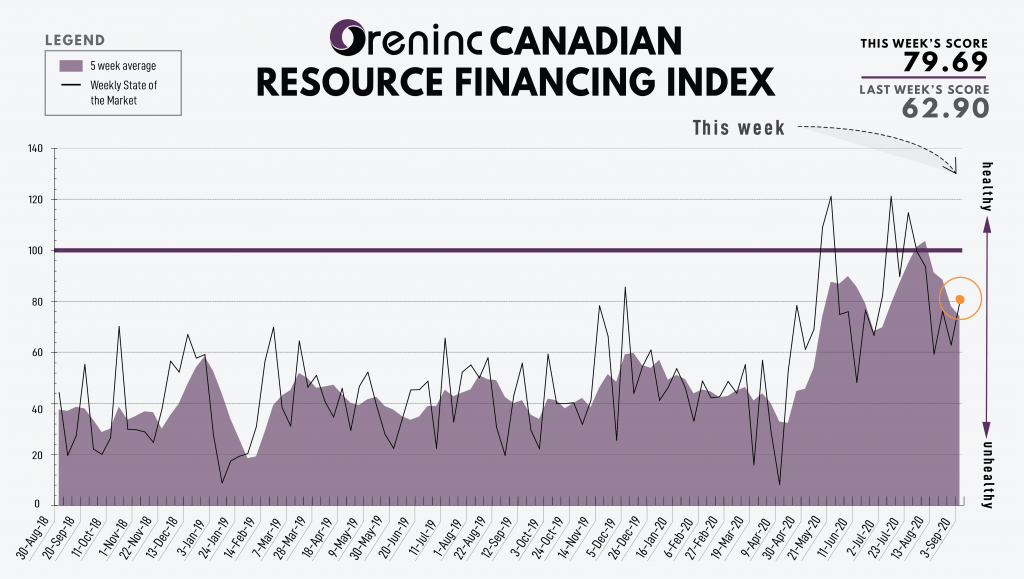 The Oreninc Index increased in the week ending September 4th, 2020 to 79.69 from 62.90 a week ago as brokered activity surged again.

A damp squib of a week for precious metals heading into the Labor Day weekend as early promise fizzled out, perhaps profits being taken prior to the long weekend.

The US Bureau of Labor Statistics report for August showed non-farm payrolls rise by 1.37 million with the employment rate fell 1.8% in August to 8.4%, while the number of unemployed people fell 2.8 million to 13.6 million. The number of permanent job losers increased from 534,000 to 3.4 million. Goldman Sachs previously reported it expects about a quarter of workers laid-off temporarily to permanently lose their jobs.

The US Labor Department said 881,000 people filed for first-time jobless claims, a fall of 130,000 from the previous week’s revised level to the lowest claims level since the COVID-19 pandemic struck. The four-week moving average for new claims was down 77,500 at 991,750. Continuing jobless claims fell to 13.3 million. Earlier in the week, private payrolls processor ADP said 428,000 jobs were created in August.