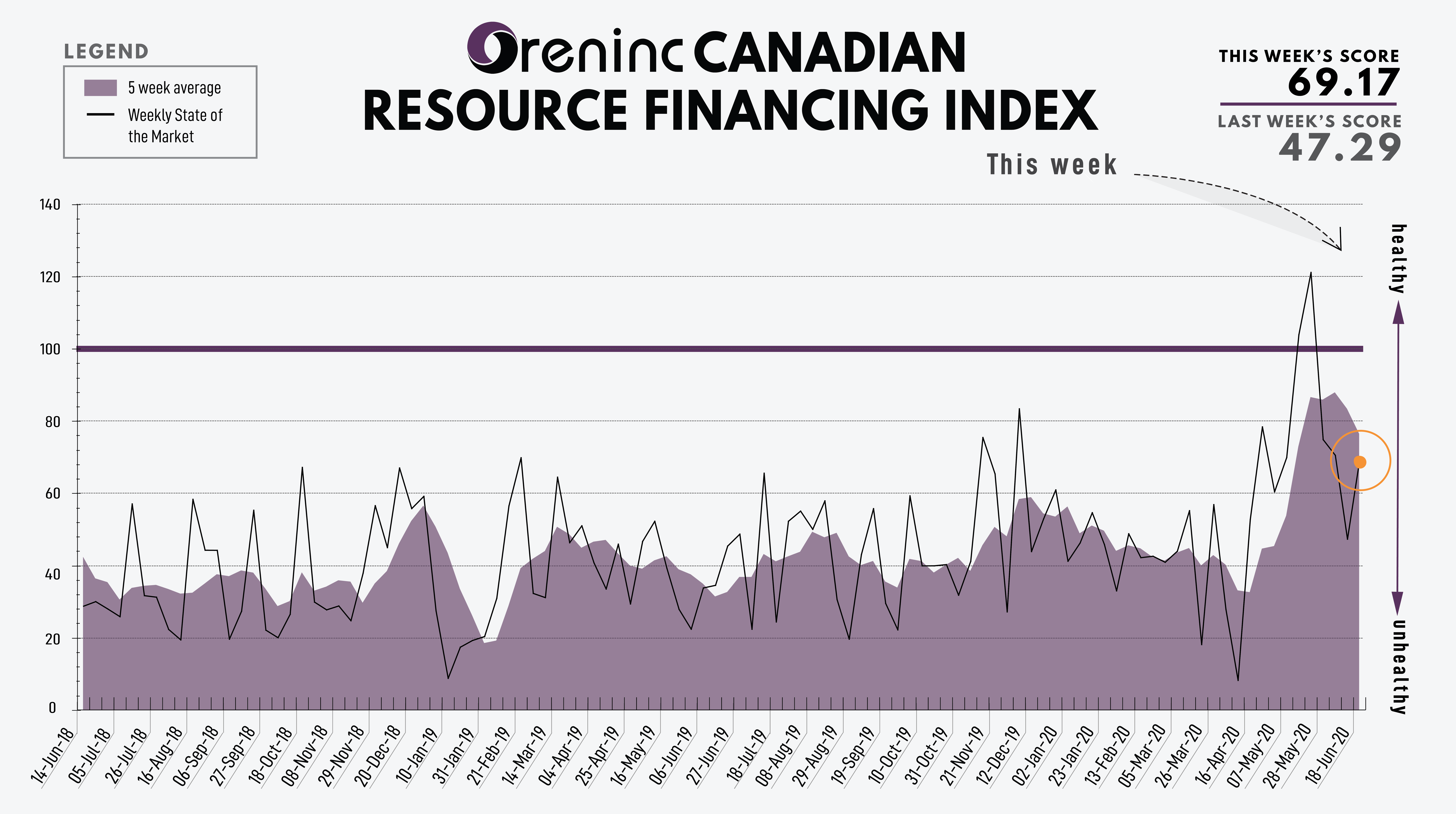 The Oreninc Index increased in the week ending June 19th, 2020 to 69.17 from 47.29 a week ago as brokered action and bought deals increased.

The COVID-19 virus global death toll has passed 460,000 and more than 8.6 million cases reported worldwide, with more than 2.2 million of those in the US.

Headlines this past week focused on excerpts of a soon to be published book by John Bolton, the former security advisor to President Donald Trump, which included many unflattering comments about his ability to lead and personal character, while Black Lives Matter protests continued.

With a US presidential election just around the corner in November, President Trump is planning a return to the campaign trail with a rally in Tulsa, Oklahoma, his first since the coronavirus pandemic began. Seemingly lacking nunchi, or social awareness of what is happening around him, the rally date was originally on Juneteenth, a day marking the end of slavery in the US. Tulsa was also the site of a 1921 massacre of hundreds of black Americans by white Americans.

On the economic front, with the US economy opening up people are returning to the malls as data showed that US retail sales rose 17.7% in May following a 14.7% decline in April, reported the US Commerce Department.

Oil continued to strengthen after an OPEC meeting reaffirmed a commitment to abide by production cuts.