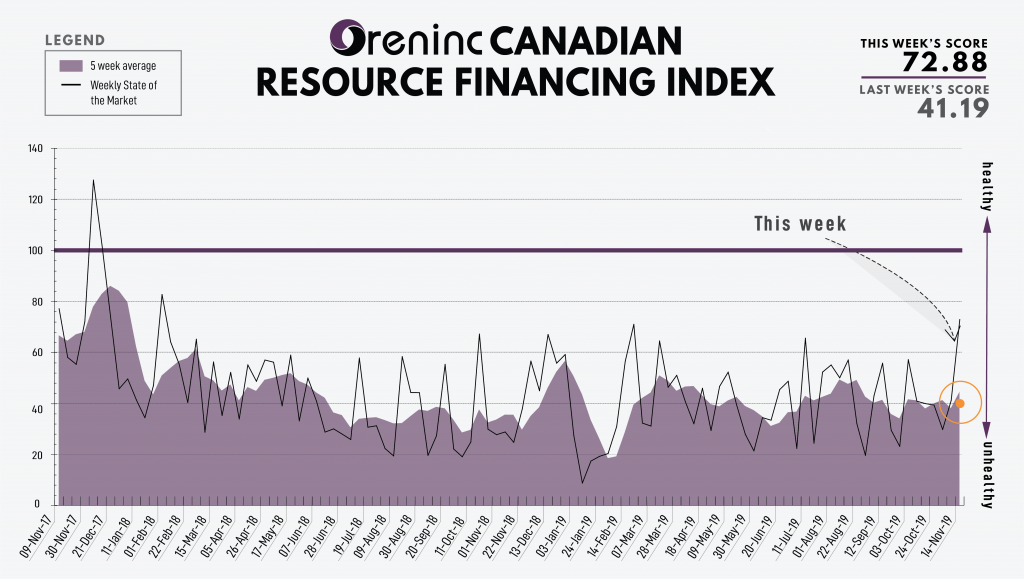 The gold price claimed back a small part of what it lost the previous week in what was a relatively tranquil week.

A relatively quiet week in the US with the news cycle focused on the possibility of impeachment of President Donald Trump.

The UK general election contest got into full swing with incumbent Boris Johnson and opposition leader Jeremy Corbyn engaged in a one-upmanship contest. Corbyn said he would make high-speed internet free, which parts of the press labelled broadband nationalisation, and which Johnson dismissed as a “crazed communist scheme”.

Volatile times in parts of Latin America continue as right-wing senator Jeanine Áñez assumed the presidency on Bolivia on an interim basis following the Evo Morales fleeing into exile in Mexico. Áñez said she would organise a presidential election to pick the next president but said she would ban Morales for standing again. Her interim cabinet is devoid of indigenous representation, something which was a constant feature of Morales’ rule since 2006, provoking protests around the country. In all likelihood, the situation will get worse before it gets better.

The situation in Chile appears to be calming after lawmakers agreed to hold a referendum to draft a new constitution to replace the 1980 constitution which has been a constant nagging reminder to the left of the dictatorship of August Pinochet as it was created during his rule. The constitution set Chile on a neoliberal path which many protestors in the past month of disturbances say enshrine social inequality and enrichment of a narrow elite.