In addition to the positive fundraising news, HudBay announced its long-awaited acquisition of Augusta Resources (and with it their Rosemont Copper project), in what is a follow-up of sorts to last week’s deal making in the copper space. While it is always good to see activity like this, it is important to remember that the positive fundraising numbers are likely a direct result of companies wanting to get news out before next week’s holiday-filled work week and the uptick in spot gold prices this week. Don’t expect the Index to stay at this level for very long, with it likely to trend down to a more modest level after next week. 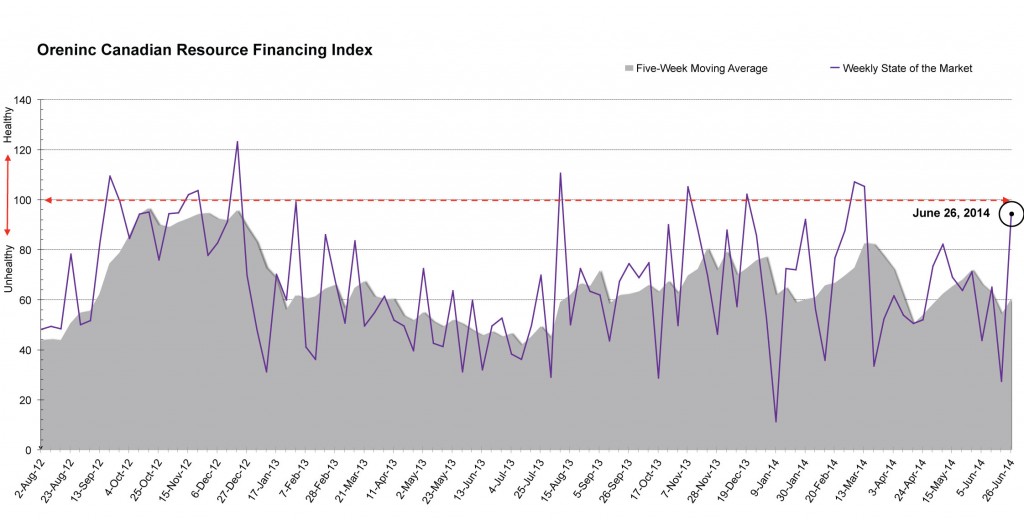