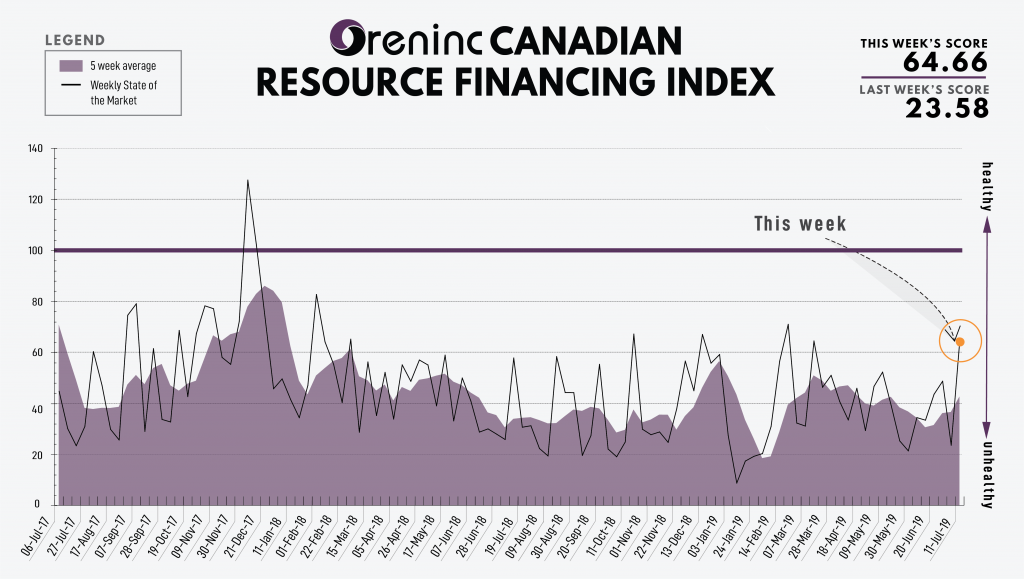 Gold continued to consolidate above the US$1,400/oz level as US Federal Reserve chairman Jerome Powell spoke to the US House of Representatives and cited concerns regarding the US economy.

Tensions in the Persian Gulf increased after the UK stopped an oil tanker near Gibraltar it believed was en route to deliver oil to Iran, breaking trade embargoes on the country. The UK Navy then had to stop Iranian vessels from blocking a BP oil tanker from leaving the Persian Gulf.

Osisko Mining (TSX:OSK) announced a C$40.0 million in bought deal financings with a syndicate of underwriters led by Canaccord Genuity.