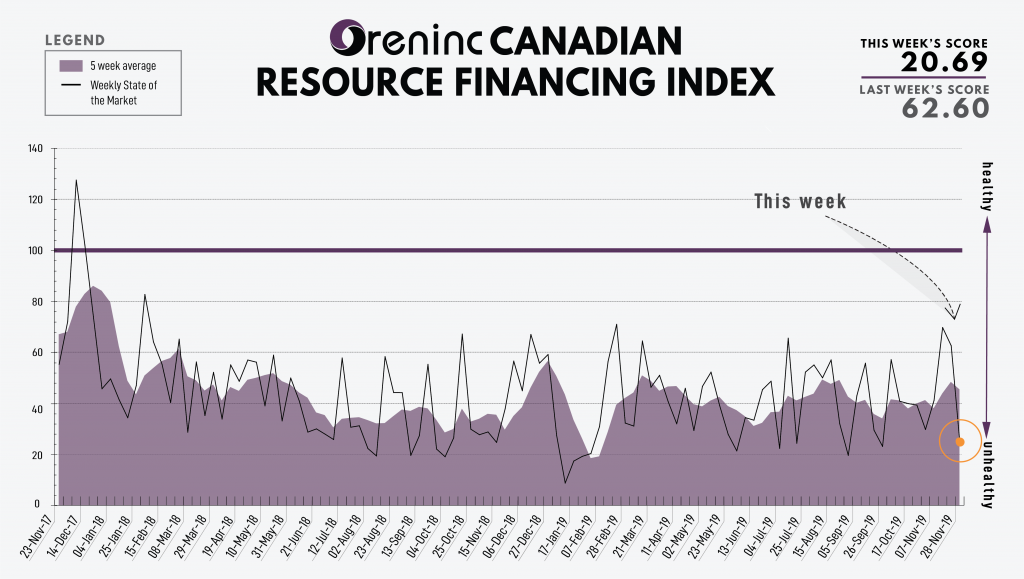 The Oreninc Index plummeted in the week ending November 29nd, 2019 to 20.69 from 62.60 a week ago as financings dried up as the Thanksgiving Day celebration in the US reduced market activity.

Trade talks between the US and China continue in their on-again-off-again mobius strip pattern. China began the week issuing positive signals until US President Donald Trump signed the Hong Kong humans rights bill, angering the Asian nation for what it deems a serious interference in its internal affairs. Protests in Hong Kong began in June about the democratic rights of its citizens.

In the mining space, M&A hit town as Kirkland Lake Gold agreed an all paper deal to acquire Detour Gold for $4.9 billion at a 24% premium. This was followed by Newmont Goldcorp announcing it will sell its Red Lake gold mine in Quebec, Canada to Australia’s Evolution Mining for US$375 million in cash and a $100 million payment contingent on the discovery of new resources.