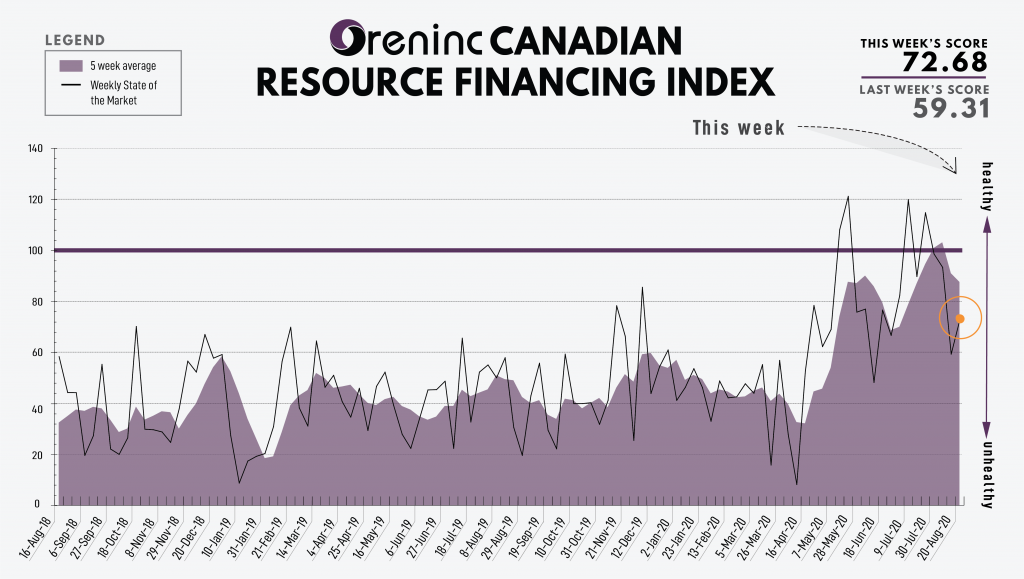 Another volatile week of broad swings for the gold price as the publication of the US Federal Reserve Open Market Committee minutes saw gold weaken by suggesting the yield control is not on the horizon on the grounds that it sees little benefit from doing so.

As the US saw stronger than expected home sales data in July, according to the National Association of Realtors, which reported that existing home sales increased 24.7% to a seasonally adjusted and annualized rate of 5.86 million units up from 4.72 million in June. National median home prices broke the US$300,000 level for the first time.

Real estate may be improving in the US, but the initial weekly jobless claims rose again by 135,000 to 1.106 million in the week to Saturday. The four-week moving average declined to 1.2 million according to US Labor Department data. Continuing jobless claims fell by 636,000 to 14.8 million.

On the international front, US president Donald Trump has declined to engage in trade talks with China which were supposed to occur six months following their February agreement on tariffs.

In the European Union, leaders are trying to protect the economy by maintaining open borders despite spikes in COVID-19 cases in various countries. EU negotiators also think it increasingly unlikely that a trade deal will be signed with the UK as the two sides continue to not see eye-to-eye on issues such as access to UK fishing waters and level playing field requirements conditions to maintain fair competition. Without a deal, trade relations with the UK will be governed by WTO trade principles and tariffs.