The Oreninc Index fell to a seven-week low in the holiday-shortened week ending August 7, 2014. Total dollars for the week dropped to $50.2m, a seven-week low. One brokered deal, led by Macquarie, was announced for 10m shares on terms that are TBA. For the first time in three weeks, no bought deals were announced. The shortened week underscores the tone of what appears to be one of the quietest weeks of the year.


The tailings pond spill at the Mount Polley mine in British Columbia stoked fear across North America of a possible backlash against mine development. While it is easy to attribute a down week in financing activity on such a disaster, it could be premature blame given its marginal effect on the S&P/TSX-V composite index over the course of the week. That being said, disasters in the resources space have caused investor skittishness before (such as the down uranium and general resource markets after the Japanese tsunami in 2011) and it is not a stretch to think that shades of similar sentiment could appear in the coming weeks. 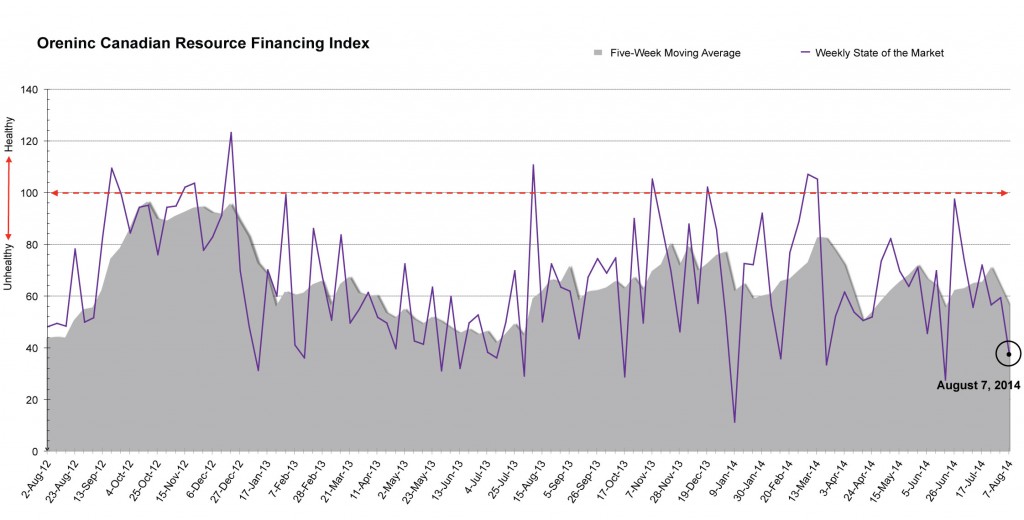