The Oreninc Index fell further to an overall five-week low for the week ending September 18, 2014. Total dollars fell were at $58.5m, a two-week high. Four brokered deals were announced for $8.7m, a two-week high. No bought deals were announced for the seventh time since the beginning of summer. The most shocking aspect of September so far has been the abysmal broker activity; it appears that bankers have stayed on the links to get in a couple rounds before the leaves turn.

Deals were light this week, as there were no big announcements from any majors. Juniors had some minor announcements, with Pacific Ridge Exploration (TSX-V:PEX) entering into an option agreement with Centerra Gold (TSX:CG) for their King Solomon Gold project in Nevada.

It is still early, and the poor performance of the past few weeks may be a result of a slightly stronger than anticipated July. Still, with the industry now in its third year of a down-turn, the chances that fundraising performance in the space will be improved in any significant way over last year is getting slimmer and slimmer with each passing week. 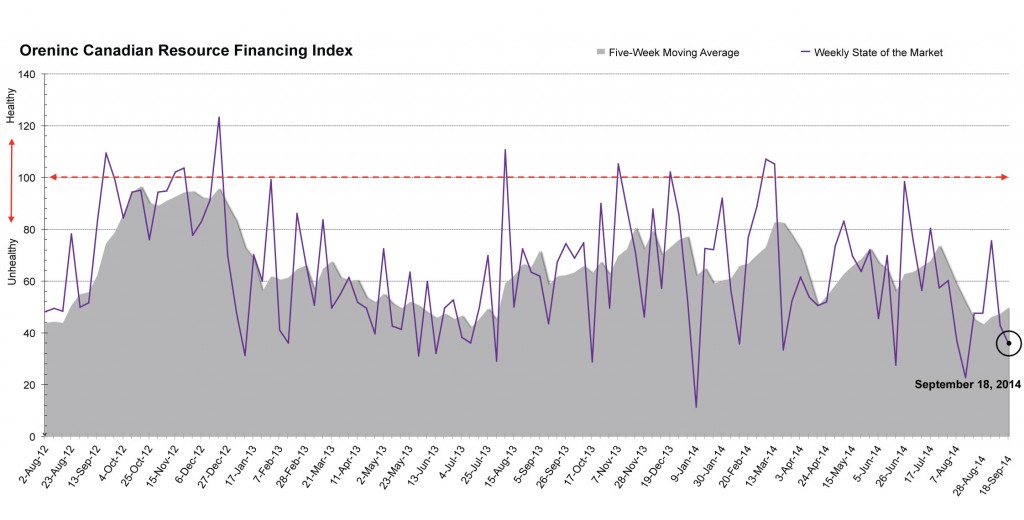