ORENINC INDEX down as financings halve

ORENINC INDEX down as financings halve 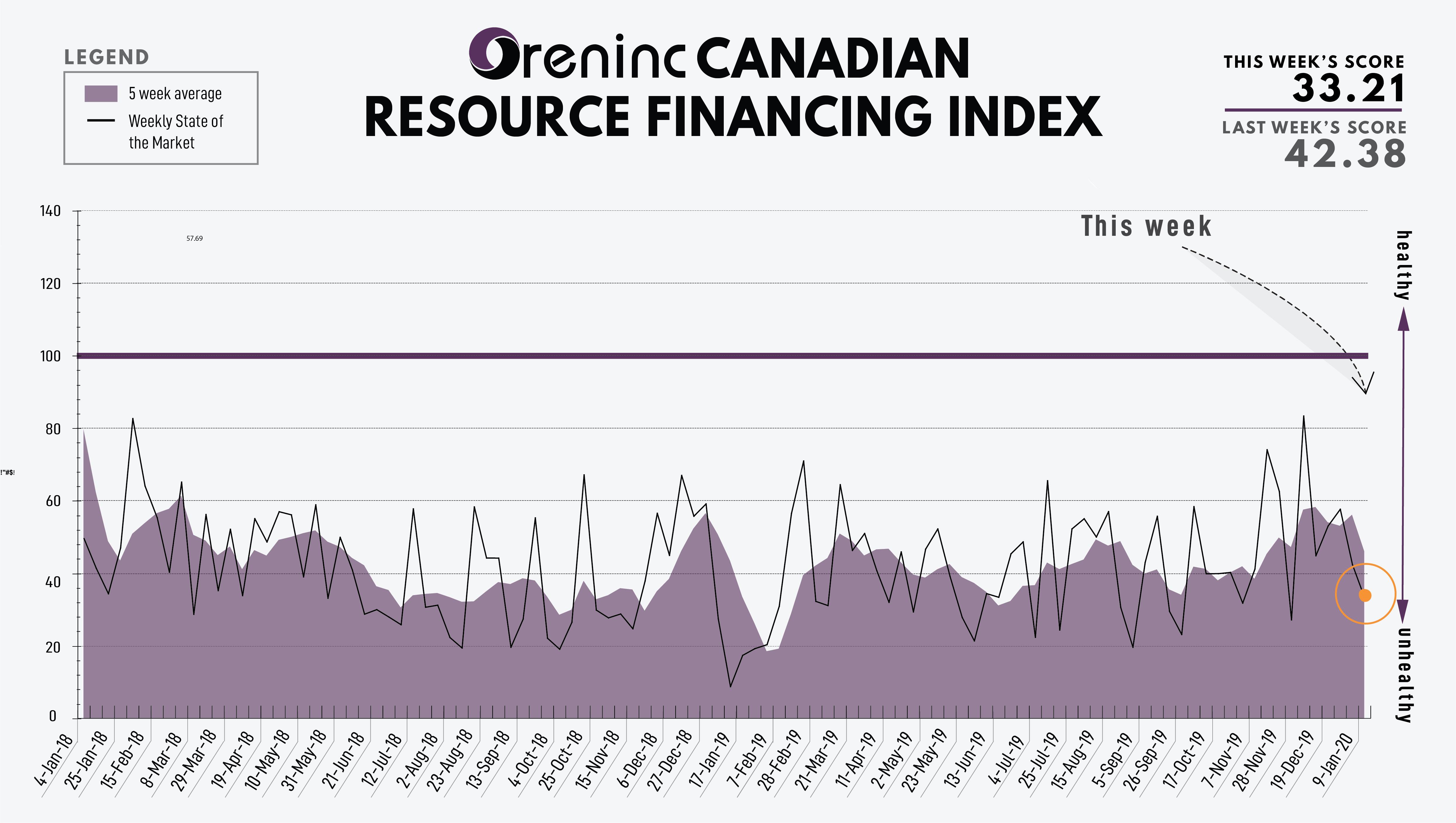 Oreninc will be attending the Vancouver Resource Investment Conference 19-20 January 2020. Find us at booth #1117. Please contact us if you would like a meeting.

Oreninc CEO Kai Hoffmann will be presenting on
Sunday January 19th at 2:20pm in Workshop 5
“How your investment is killing the industry”

The Oreninc Index dropped by 10 index points in the first full trading week of 2020 ending January 9th, 2020 to 33.21 from an updated 42.38 a week ago during a volatile week for precious metal prices.

Gold spiked to US$1,600/oz this past week, its highest point since March 2013, when Iran launched a missile attack on two US bases in Iraq in retaliation for the US assassination of General Qassem Suleimani, the second-most powerful person in Iran, leader of its elite Quds military organisation and the director of its foreign policy in the region which has spread the country’s influence throughout several countries.

However, Iran’s missile attacks appear to be aimed at saving face at home rather than inflicting casualties on US forces, consequently deescalating tensions and dropping the gold price back to around $1,550/oz.

It also appears as though an Iranian air-defence missile system shot down a commercial Boeing 737-800 flight taking off from Tehran international airport for Ukraine killing all 176 on board.

The Trump administration added new economic sanctions on Iran including on steel, aluminium, copper and iron.

In the US, the Bureau of Labor reported weaker than expected jobs data showing 145,000 non-farm positions added in December, well down from November’s surprise 266,000, and lower than expectations for 164,000. Unemployment held at 3.5%, a 50-year low, with the number of unemployed also unchanged at 5.8 million. Wage growth also faltered, coming in at 2.9% compared to expectations of 3.1%.