ORENINC INDEX down as dollars and average deal size increased

ORENINC INDEX down as dollars and average deal size increased 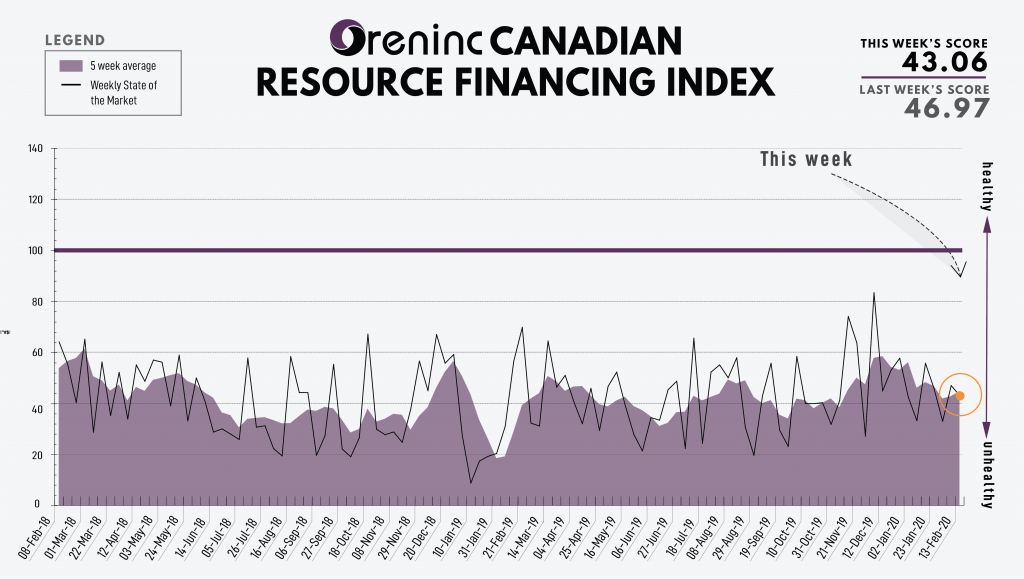 The Oreninc Index fell slightly in the week ending February 14th, 2020 to 43.06 from 46.97 a week ago as the dollars announced and average deal size increased.

The coronavirus outbreak continues to dominate the news with the death toll having increased past 1,380 and the number of infections from the virus in China almost at 64,000. China reclassified how cases are counted which resulted in a jump of almost 15,000 cases in China.

With much of China on lock-down, the International Energy Agency forecast a drop in global oil demand for the first time in a decade, as the economic impacts continue to be felt. China’s GDP growth this year is expected to come in well under the 6% forecast at the start of the year. Another challenge for oil producers emerged after BP promised to zero out all its carbon emissions by 2050.

In the US, the Federal Reserve Bank of New York cut its liquidity providing repurchase agreements by more than analysts had forecast. Meanwhile, Federal Reserve Chairman Jerome Powell told Congress the US economy is “in a very good place.” The main concern being the forecast US$1 trillion federal budget deficit this year.