ORENINC INDEX down as deals fall off

ORENINC INDEX down as deals fall off 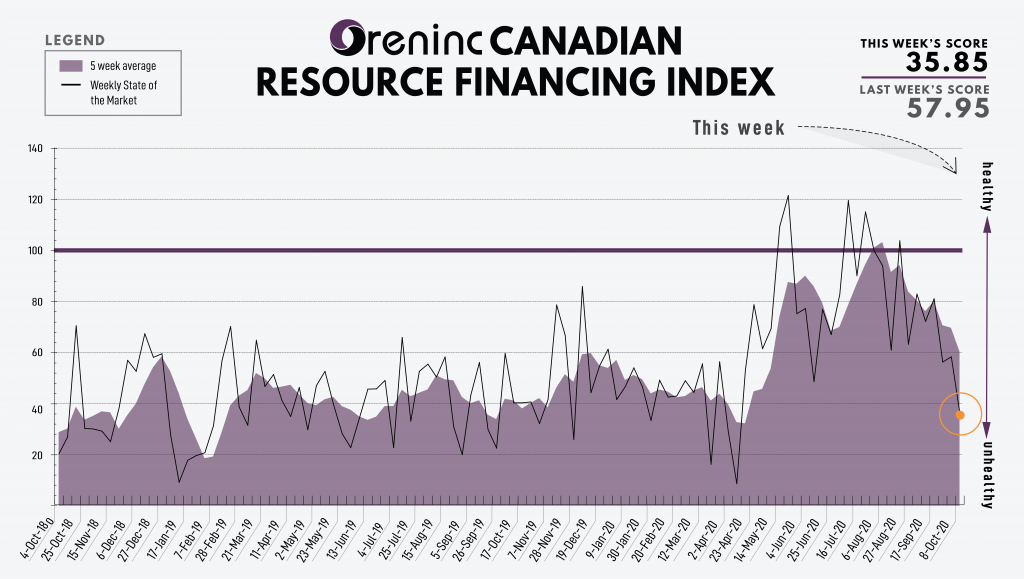 Precious metals ended a volatile week strongly as US treasury secretary Steven Mnuchin said President Donald Trump wants a comprehensive stimulus package, a 180-degree turn around from earlier in the week when Trump terminated negotiations under after the November presidential election. US  Federal Reserve chair Jerome Powell cautioned that the economic recovery remains uncertain as the COVID-19 pandemic continues to spread.

The number of people seeking unemployment benefits for the first time fell by 9,000 to 840,000, according to the US Labor Department, remaining at levels four times higher that pre-COVID-19 levels. Continuing unemployment claims fell to 10.97 million.

Hurricane Delta is making its way through the Gulf of Mexico, shutting 92% of crude output as it is forecast to make landfall in Louisiana, providing a spur to the oil price.