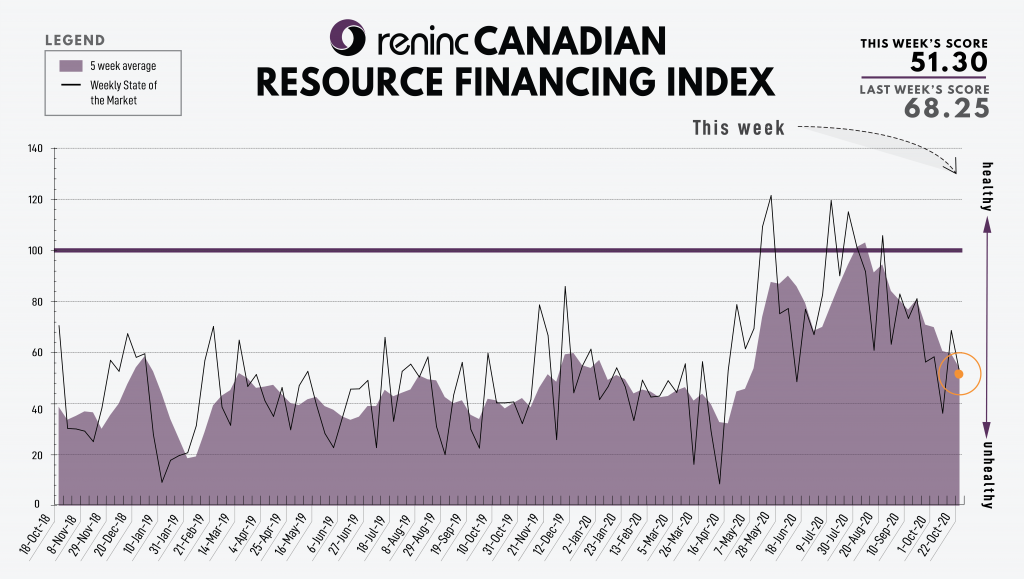 The COVID-19 virus global death toll has exceeded 1.1 million with almost 43 million cases reported worldwide, with Europe and other parts of the world experiencing a second wave of contagion.

The past week saw the final debate between the US presidential election candidates, incumbent Donald Trump and former vice president Joe Biden. With two short weeks to go before the polls open, some 40 million people have already submitted postal ballots. The proximity of the election also means it is increasingly unlikely that another stimulus package or COVID-19 relief deal will be agreed and passed, even though the Democrats and Republicans are reportedly closing-in on agreeing terms.

Gold meanwhile continues to fluctuate above and below the US$1,900/oz level. However, US investment bank Goldman Sachs now says commodities are on the cusp of entering a structural bull market due in part to a weakening US dollar and rising inflation risk.

The US Labor Department said 787,000 million people filed first-time jobless claims, a fall of 55,000 from the previous week’s revised level, the lowest level of new claims since the COVID-19 pandemic struck in March. The four-week moving average for new claims fell 21,500 to 811,250. Continuing jobless claims fell to 8.373 million.

With time running out for the UK and European Union to agree the terms of their new trade relationship, political posturing finally seems to be being set aside with both parties keen to reach a deal.