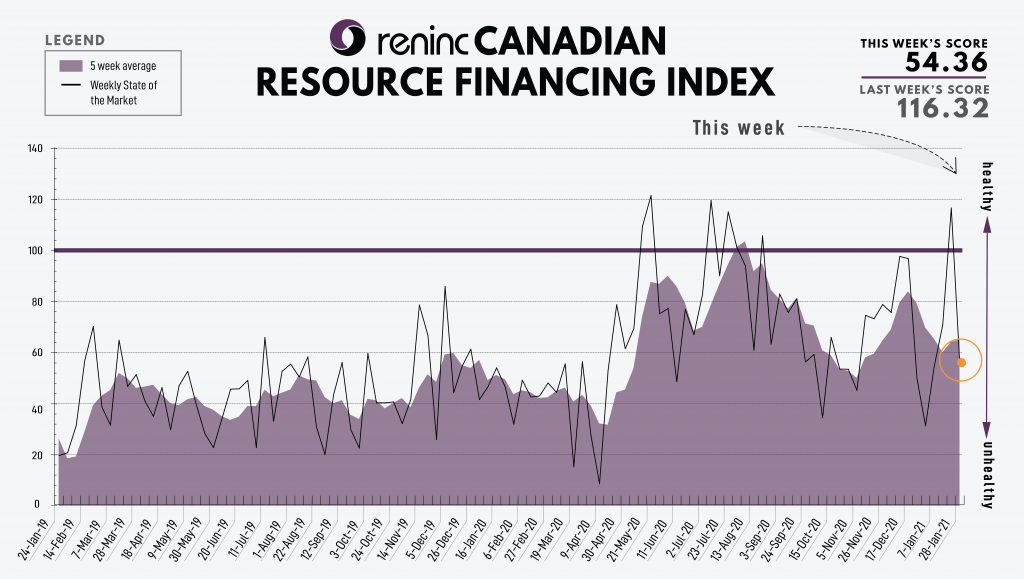 This morning spot silver price climbed as much as 11%, briefly hitting $30.03 to register its highest level since 2013. The sharp move higher reflected the biggest move for silver futures since at least 2013 and extended gains for silver and silver-related equities late last week.

The spike in demand for silver appears to be related to retail traders in the Reddit forum WallStreetBets, which has helped drive trading activity in heavily shorted stocks like GameStop and AMC Entertainment in recent weeks.

Keep an eye on next week’s index to see if the silver mining stocks will try to raise additional capital at these elevated silver prices.