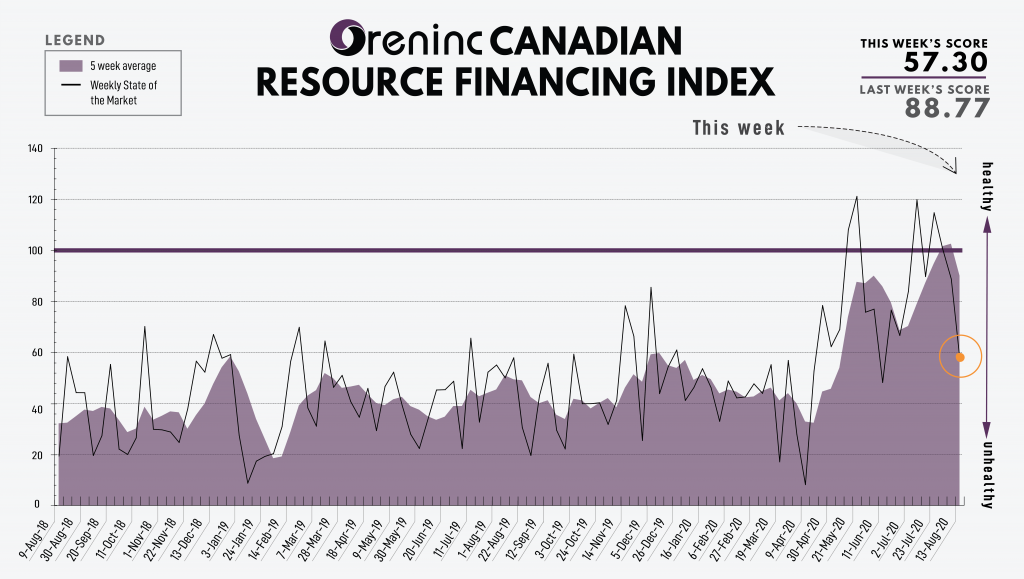 The COVID-19 virus global death toll has reached 775,000 with more than 21 million cases reported worldwide. Positive news came out of Russia which approved a vaccine. Health experts caution against premature celebrations as the Russian vaccine has not gone through full stage three trials that last a few months.

Gold was rocked this past week when legendary investor Warren Buffett bought a 1.2% of Barrick Gold, reversing his view of the yellow metal, which he previously steered clear of on the grounds it is not productive.

The announcement capped a wild week for precious metals which experienced a much-anticipated market correction which saw gold plunge more than US$100/oz, bottoming-out at $1,911/oz before strengthening as the week ended, while silver lost more than $4/oz during the same correction.

In the USA, while Republicans and Democrats continued to disagree on the size of a fresh stimulus package, initial weekly jobless claims fell 228,000 to 963,000 million, beating market expectations and falling below one million for the first time since lockdowns began in March, according to US Labor Department data. The four-week moving average for new claims fell to 1.25 million from last week’s revised average of 1.3 million. Continuing jobless claims were 15.5 million during the week ending August 1, down 604,000 from the previous week’s revised 16.1 million and the four-week moving average fell to 16.2 million.

The US Producer Price Index (PPI) beat expectations in July, rising 0.6%, above consensus expectations of a 0.3% rise.

The oil industry continues to suffer as the International Energy Agency cut its estimates for global oil demand for almost every quarter through the end of 2021 due to the worsening outlook for air travel as the COVID-19 pandemic keeps people at home. Worse yet, the world’s largest listed oil companies wiping US$87 billion from the value of their oil and gas assets in the last nine months as the COVID-19 accelerates a global shift away from fossil fuels.

In Europe, the UK economy is in its deepest recession since records began as GDP fell 20.4% in the three months to June, the worst of any G7 nation.