The Oreninc Index crashed for the week ending January 9, 2014. The reason for the fall was the lack of announced deals, which fell all the way to six, a multi-year low. Total dollars announced and average deal size both increased to $31.6m and $5.2m, respectively. With average deal size remaining strong, total dollars announced actually increasing, and a $150m dollar announcement that does not count towards the Index taking place, it is not all doom and gloom despite this week’s poor statistical performance. Even if we are still mildly cautious after a lackluster three weeks, expect a jump next week as we head into conference season. 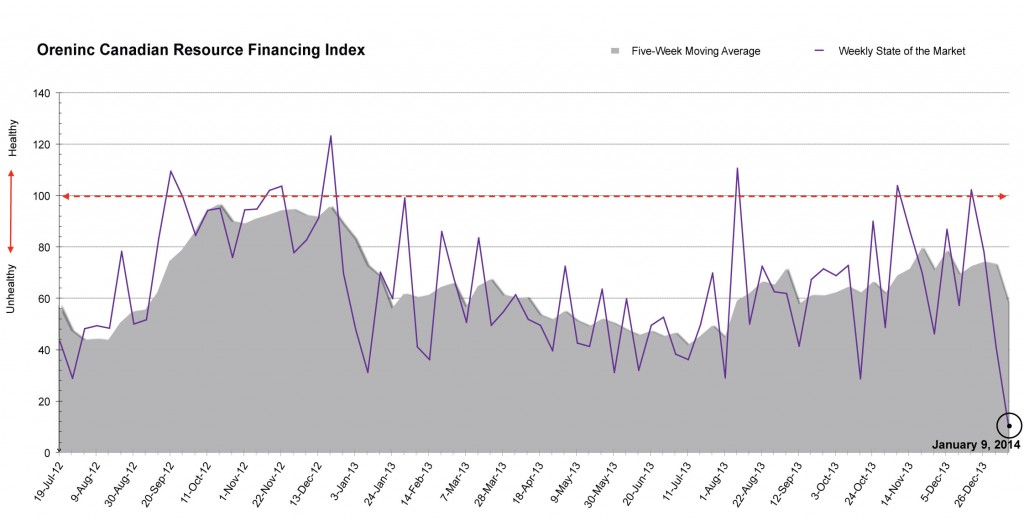