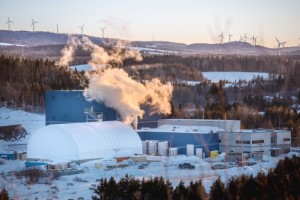 Orbite Aluminae Inc. (TSX:ORT) (OTCQX:EORBF) today announces that, further to its press release of earlier today, it has completed the issuance of 5,000 additional units for gross proceeds of $5,000,000 as a result of the exercise by Euro Pacific Canada Inc., the underwriter under the public offering, of its financing option, bringing the aggregate gross proceeds for the public offering to $15,000,000.

The additional units will have the same terms and conditions as those issued in the first portion of the public offering, as each additional unit consists of $1,000 principal amount of 5% convertible unsecured unsubordinated debentures (the “Debentures”) and 1,077 share purchase warrants of the Company, issued under the short form base shelf prospectus and prospectus supplement dated March 18 and March 30, 2015 respectively. The Debentures will mature on April 6, 2020 and will bear interest at a rate of 5% per annum payable semi-annually.

Each Debenture will be convertible, at the option of the holder at any time prior to the Maturity Date, into the number of shares computed on the basis of (i) the principal amount of the Debentures divided by the conversion price of $0.325 per share, and (ii) an amount equal to the additional interest amount that such holder would have received if it had held the Debenture until the Maturity Date divided by the then 5 day volume weighted average trading price of the shares on the TSX. The Make-Whole Amount shall be reduced by 1% for each 1% that the Current Market Price at time of conversion exceeds the Conversion Price. Each Warrant will be exercisable into one share for a period of 36 months from their issue date at a price of $0.39 per share.

The net proceeds of the additional $5,000,000 offering will be used to fund the Company’s high purity alumina production facility in Cap-Chat, Quebec and for working capital and general corporate purposes.

The securities offered have not been registered under the U.S. Securities Act of 1933, as amended, and may not be offered or sold in the United States absent registration or an applicable exemption from the registration requirements. This press release shall not constitute an offer to sell or a solicitation of an offer to buy nor shall there be any sale of the securities offered in any jurisdiction in which such offer, solicitation or sale would be unlawful.

Orbite Aluminae Inc. is a Canadian clean technology based mineral-processing and resource development company whose innovative and proprietary processes are expected to produce alumina and other high-value products, such as rare earth and rare metal oxides, at one of the lowest costs in the industry, and in a sustainable fashion, using feedstocks that include aluminous clay, kaolin, nepheline, bauxite, red mud, fly ash as well as serpentine residues from chrysotile processing sites. Orbite is currently in the process of finalizing its first commercial high-purity alumina (HPA) production plant in Cap-Chat, Quebec and has completed the basic engineering for a proposed smelter-grade alumina (SGA) production plant, which would use clay mined from its Grande-Vallee deposit. The Company’s portfolio contains 15 intellectual property families, including 17 patents and 95 pending patent applications in 11 different countries and regions. The first intellectual property family is patented in Canada, USA, Australia, China, Japan and Russia. The Company also operates a state of the art technology development center in Laval, Quebec, where its technologies are developed and validated.