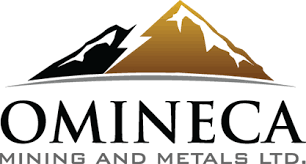 Omineca Mining and Metals Ltd. (TSX-V: OMM) reports an update for both its maiden lode gold drilling program at the Wingdam gold project and the recommencement of the placer gold bulk sampling program in the Cariboo Mining District, 25 km west of Barkerville, BC.

Field work for the exploration and drilling program was initiated on May 7th and is ongoing. A diamond drill is now on site and the commencement of drilling will be announced once plans are finalized and permits are confirmed.

At the same time, preparations are being finalized to mobilize remaining equipment to site at Wingdam and the crew is now waiting for the water level of Lightning Creek to subside in order to begin dewatering the decline to the underground workings of the placer recovery program, which will also be announced upon commencement.

The central focus of Omineca’s lode gold exploration program is to locate the presumed multiple bedrock sources of placer gold recovered by Omineca in the 2012 underground bulk sampling program which yielded 173.5 ounces of gold across the width of the Deep Lead Paleochannel beneath Lighting Creek. The preliminary results from the current field programs are validating Omineca’s hypothesis that the sources of the placer gold at Wingdam are likely in very close proximity upstream to where the gold was recovered.

The current field program is designed to assist in drill targeting for the 2020 drilling program. Access and drilling permits have been submitted for the first 27 drill holes (~8,000 m) and approval for this work is anticipated within the coming weeks.

A geological team from Axiom Exploration Group Ltd. alongside Omineca’s lead geologist, Stephen Kocsis, have conducted a series of field sampling programs through May and June with an initial focus on a region upstream (northeast) and within an approximate 5 kilometer radius from the first underground crosscut bulk sample location where 173.5 ounces of placer gold were recovered from the Deep Lead Paleochannel.

A team from Axiom is currently conducting the soil sampling program which was recommended in the logistics report from the first two programs. This program is comprised of a 100 m x 50 m grid across the primary areas of interest.

Bedrock mapping has identified several significant fault and shear zone structures within the immediate target area along the productive part of Lightning Creek as well as multiple Paleozoic intrusive bodies exposed along the eastern half of the work area.

A quartz-rich mylonitic shear zone of note has been identified and sampled by the team of exploration geologists in the current program. The shear zone was identified in outcrops at the contact between the Harveys Ridge and Ramos successions forming a z-fold. This zone strikes across an area about 800 m upstream along Lightning Creek from the Wingdam paleochannel crosscut. Similar sheared quartz was also mapped and sampled in an isolated exposure about 300 m SE along strike towards the creek. Two other identical zones of quartz-rich shearing were recently identified by the crew in isolated bedrock exposures. The second zone, within the Ramos Succession, is located about 340 m across strike or SW of the first zone and the third is located near the boundary between Harveys Ridge and Keithley successions. The geological team is extending mapping and sampling to the two new zones.

Stephen Kocsis notes that this structural control pattern is analogous to some of the gold mineralized structures found at Barkerville, specifically the contact between the Hardscrabble and the Downey successions where historic and now contemporary gold deposits have been delineated by Osisko Gold Royalties and its predecessors on Island Mountain, Cow Mountain, and Barkerville Mountain adjacent to Williams Creek. Williams Creek, like Lightning Creek, was a prolific placer gold producer in the Cariboo Mining District. Mr. Kocsis further notes the correlation between the elevated Au concentrations found in the Ramos Succession with that found in the Downey Succession at the Cariboo Gold Project near Barkerville which is typically 30 to 60 ppb Au. Of particular note was that the May sampling program completed by Axiom reported geochemical assays where 100% of the samples returned reportable Au values, many within the analogous Barkerville range, including several substantially exceeding the typical values up to 236 ppb Au.

Prior to the May-June program, which is beginning to validate the theory that the source of the placer gold is proximal to Wingdam and Lightning Creek, inspection of the placer gold recovered from the 2012 bulk sample suggested multiple lode gold sources upstream of the Wingdam Mine. Many of the nuggets recovered were jagged and angular, contained quartz inclusions, and a high silver content which indicates a minimal transportation distance from the bedrock source (

<100 meters). Most of the gold particles recovered were coarse-grained flax seed-like flakes, which normally travel less than 1 km in a fluvial environment. Less than 5% was fine-grained (submillimeter), polished gold particles which are normally indicative of travelling further distances. >

To further aid in the exploration and drilling for the lode sources of the placer gold, Omineca intends to do further geo-scientific work on the morphology of the placer gold recovered from the crosscut bulk sample and future extraction to match and identify the surrounding source rocks and structures. Details will be announced once plans and methodologies are finalized.

Preparations have been made to dewater and re-enter the decline and begin underground rehabilitation work to continue bulk sampling the paleochannel where the first test crosscut left off. Both settling ponds have been rehabilitated and preparations are being finalized to mobilize pumps and a freeze plant to the Wingdam Mine site. All the required freeze piping remains installed to the bulk sample face and will only require a pressure test for recommissioning. The crew is now waiting for the water level of Lightning Creek to subside after an unusually heavy freshet this year to begin pumping water from the mine workings. With an engineered grout plug system initiated last year, it is anticipated that dewatering should now be reduced in time to ~3-4 weeks followed by rehabilitation and underground preparation time of another 4 weeks before freezing and mining operations are to begin.

The first phase of underground placer recovery is planned to be approximately 125 crosscuts, similar in size and scope to the 2012 crosscut bulk sample, over the first 300 m of the estimated 2,400 m of the paleochannel that has been subjected to extensive study through 3D seismic, and historic and contemporary drill holes. Future development plans include geological investigation and evaluation along the total ~17 km of potential paleochannel (upstream and downstream) within Omineca’s current claims.

Stephen Kocsis, P.Geo., is a qualified person within the context of National Instrument 43-101 and has prepared, read, and approved the technical aspects of this news release.