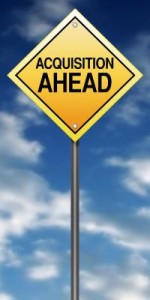 OceanaGold Corporation (ASX:OGC)(TSX:OGC)(NZX:OGC) and Pacific Rim Mining Corp. (TSX:PMU)(OTCQX:PFRMF) are pleased to announce that the companies have entered into a definitive agreement pursuant to which OceanaGold has agreed to acquire all of the issued and outstanding common shares of Pacific Rim in an all-share transaction to be completed by way of a statutory plan of arrangement under the Business Corporations Act (British Columbia). Pacific Rim’s principal asset is the high-grade, El Dorado Gold Project in El Salvador.

(1) Refer to the “Current Status of the International Arbitration” section of this release for more details about the status of permit applications for El Dorado.

(2) The mineral resource estimates presented above have been calculated in accordance with NI 43-101 as required by Canadian securities regulatory authorities, which differ from standards of the SEC. The resource estimates contained in this discussion would not be permitted in reports of the United States’ companies filed with the SEC.

Catherine McLeod-Seltzer, Chairman of Pacific Rim, states, “We are very pleased to have negotiated a transaction with OceanaGold that we believe reduces risk for our shareholders while providing them with continued participation in the high grade El Dorado Gold Project and the upside that comes with OceanaGold’s existing operations and forward trajectory.” Tom Shrake, President and CEO of Pacific Rim adds, “OceanaGold is a technically savvy and eminently capable mine-builder with a demonstrated long-range commitment to developing and operating mines in challenging environments with the utmost consideration for social and environmental stewardship. We believe OceanaGold is the perfect company to take the reins on behalf of our shareholders and are confident in their ability to bring the El Dorado Project to fruition.”

Mick Wilkes, Managing Director and CEO of OceanaGold commented, “We believe this transaction will provide OceanaGold shareholders with potential exposure to a high grade gold-silver resource located in a very prospective region. This project has the potential to be an economic engine for El Salvador much like how our recently commissioned world-class Didipio Mine has been for northern Luzon in the Philippines. This transaction aligns well with our strategy to create value through investment in high quality, low cost assets and utilising the OceanaGold’s experience in building and operating gold mines in an environmentally and socially sustainable manner. El Dorado further complements our high grade gold-copper Didipio Mine in the Philippines and we will look to replicate the successes we’ve achieved in New Zealand and the Philippines in El Salvador. OceanaGold looks forward to working with our local community and government partners in establishing a roadmap to unlock the opportunity at El Dorado for El Salvador.”

Highlights of the Arrangement

The Arrangement has been unanimously approved by the Boards of Directors of OceanaGold and Pacific Rim (other than one common director of Pacific Rim and OceanaGold who has a disclosable interest in the transaction and, accordingly, abstained from voting). The Arrangement will be subject to customary conditions for transactions of this nature, and is required to be approved by at least 66 2/3% of the votes cast by the Pacific Rim shareholders at a special meeting of Pacific Rim shareholders to be called shortly. Pursuant to Multilateral Instrument 61-101 – Protection of Minority Security Holders in Special Transactions, the Arrangement must also be approved by a simple majority of votes cast by shareholders excluding shares beneficially owned, or over which control or direction is exercised, by OceanaGold and any of its related parties. The Arrangement is subject to applicable regulatory and exchange approvals, and the approval of the Supreme Court of British Columbia.

The Agreement also includes non-solicitation covenants from Pacific Rim of alternative proposals, rights for OceanaGold to match any superior proposals and fiduciary-out provisions. Additionally, the Agreement provides for the payment of a termination fee of C$500,000 to OceanaGold upon the occurrence of certain events.

In connection with the Arrangement, OceanaGold has also agreed to advance to Pacific Rim an aggregate of up to $1 million, to be drawn by Pacific Rim as needed for working capital purposes. These advances will be made with an interest rate of 10% per annum with a maturity date of October 7, 2014, subject to early repayment in certain circumstances. This loan is also secured by a first priority pledge over 10% of Pacific Rim’s holdings in its wholly-owned subsidiary, Pacific Rim Cayman LLC.

Current Status of the International Arbitration

In 2009, Pacific Rim filed an arbitration claim with the International Centre for the Settlement of Investment Disputes in Washington District of Columbia, seeking monetary compensation under the Investment Law of El Salvador. This follows the passive refusal of the Government of El Salvador to issue a decision on Pacific Rim’s application for environmental and mining permits for the El Dorado Project. The matter is now in the final phase of arbitration and Pacific Rim filed its statement of claim in March 2013. The next step of the final phase of arbitration is a submission by the Government of El Salvador by January 10, 2014, followed by written rebuttals by both parties and oral testimonies by mid-calendar year 2014. A decision is then expected after the submissions and testimonies. Notwithstanding the current arbitration, OceanaGold will also continue to seek a negotiated resolution to the El Dorado permitting impasse.

OceanaGold Corporation is a significant multinational gold producer with mines located on the South Island of New Zealand and in the Philippines. OceanaGold’s assets encompass New Zealand’s largest gold mining operation at the Macraes goldfield in Otago which is made up of the Macraes Open Pit and the Frasers Underground mines. Additionally, on the west coast of the South Island, OceanaGold operates the Reefton Open Pit mine. OceanaGold’s Didipio Mine in northern Luzon, Philippines commenced commercial production on April 1, 2013 and is expected to produce 100,000 ounces of gold and 14,000 tonnes of copper per year on average over an estimated 16 year mine life. OceanaGold expects to produce 285,000 to 325,000 ounces of gold in 2013 from the New Zealand and Philippine operations combined and 15,000 to 18,000 tonnes of copper in 2013 from the Philippine operations.

OceanaGold is listed on the Toronto, Australian and New Zealand stock exchanges under the symbol OGC.

Pacific Rim is a mineral exploration company focused on high grade, environmentally clean gold deposits in the Americas and committed to excellence in environmental stewardship and social responsibility. Pacific Rim’s primary asset is the advanced-stage, vein-hosted El Dorado gold deposit in El Salvador, where Pacific Rim also owns several grassroots gold projects. Pacific Rim’s shares trade under the symbol PMU on the TSX and on the OTCQX market in the US under the symbol PFRMF.