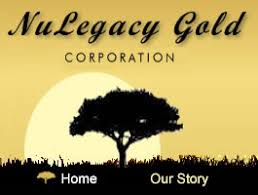 NuLegacy Gold Corporation (TSX-V: NUG) (OTCQB: NULG.F) is pleased to announce it has closed the fully marketed private placement financing announced on September 17, 2019.  The Company has completed the maximum Offering of 100,000,000 units  of the Company at a price of $0.075 per unit for aggregate gross proceeds of $7,500,000.

“Our thanks to our existing and new shareholders for their support, and the members of Cormark and Canaccord who together with our team produced this great result,” said Albert Matter, NuLegacy’s CEO. “Drilling will commence shortly, and details of the Fall 2019/Spring 2020 exploration program will be reported as finalized.”

The net proceeds of the Offering will be used to carry out the budgeted drilling program for the Company’s 100% owned/controlled Red Hill Property, as well as for general corporate and working capital purposes.

Directors and officers of the Company participated in the Offering for an aggregate of 7,119,691 Units for gross proceeds of $533,977, and Cormark Securities Inc., as lead agent and sole book runner, together with Canaccord Genuity Corp. acted as agents for the Offering. The Company paid the Agents a cash commission equal to 6% (3% for purchasers on the Company’s president’s list) of the gross proceeds from the Offering and issued broker warrants equal to 6% (3% for President’s List purchasers) of the total number of Units sold. Each Broker Warrant entitles the holder to purchase one Common Share of the Company at a price of $0.075 for a period of 36 months following closing of the Offering.