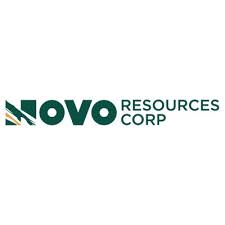 This news release should be read together with Novo’s management’s discussion and analysis and condensed interim consolidated financial statements for the three-month period ended March 31, 2022 which are available under Novo’s profile on SEDAR.

_______________
1 Non-IFRS measure; the definitions and reconciliations of these measures are included under “Non-IFRS Measures” below.
2 Novo’s ability to dispose of its investments is subject to certain thresholds under the Sprott Facility (as defined below). Please refer to the MD&A which is available under Novo’s profile on SEDAR at www.sedar.com. Novo’s investment in New Found Gold Corp. is subject to escrow requirements pursuant to National Instrument 46-201 Escrow for Initial Public Offerings. The value of Novo’s holdings in Elementum 3D, Inc. is based on E3D’s most recent financing price of US$8.00 per unit comprised of one common share and one-half of one common share purchase warrant. Except for its investment in E3D and warrant holdings, the fair value of Novo’s investments is based on closing prices of its investments and relevant foreign exchanges rate as at March 31, 2022.
3 Refer to the Company’s news release dated April 12, 2022 and April 27, 2022. Pricing of the 2nd tranche if subject to section 4.2 of National Instrument 62-104 Take-Over Bids and Issuer Bids.
4 Refer to the Company’s news releases dated December 13, 2021 and April 7, 2022.

Adjusted earnings (losses)1 were $(13.6) million or $(0.06) per share. Adjustments to net earnings (losses) for the period include minor non-operational income, non-cash foreign exchange gains, and non-cash gains resulting from the movement in the fair value of certain marketable securities.

The Company is committed to aggressively advancing its highly prospective exploration portfolio and devoted $4.0 million to such efforts. In addition, the Company is advancing the Beatons Creek project Fresh feasibility study and incurred $2.1 million through Q1 2022, with an expected completion date in Q3 20224.

The Company held cash and cash equivalents of $21.9 million, with a working capital1 balance of $105.1 million. The Company’s 9.13% undiluted stake in New Found was reclassified as a current asset as at March 31, 2022 pursuant to sale plans which culminated in the agreement to sell the New Found investment in early April 20223.

Ordinary course accounts payable and accrued liabilities totaled $14.5 million, representing a $1.5 million decrease from December 31, 2022 and an additional $1.1 million increase from September 30, 2021. Additional amounts include $1.4 million in employee entitlements, and a $3.0 million accrual representing the Company’s current estimate of Western Australian stamp duty payable on the acquisition of Millennium Minerals Limited in 20206 which is currently being reviewed by the Western Australian Department of Finance and is expected to be confirmed and paid within 12 months.

The farmin and joint venture arrangement over the Company’s Egina project with Sumitomo Corporation of Tokyo, Japan was recognized as a set of financial liabilities due to the Company’s obligation to reimburse Sumitomo for exploration expenditure funded throughout the tenure of the Agreement if Sumitomo didn’t elect to form a joint venture with the Company prior to the expiry of the Agreement. This liability is fair valued on a quarterly basis. The aggregate fair value of the liabilities decreased from $6.9 million as at December 31, 2021 to $4.7 million as at March 31, 2022. Subsequent to March 31, 2022, Sumitomo elected to convert its interest under the Agreement, and Novo elected to reimburse Sumitomo through the issuance of 3,382,550 common shares7 with a fair value of $3.2 million based on the Company’s closing price on April 21, 2022 of $0.96 as compared to Sumitomo’s aggregate funding of A$7.8 million (approximately $7.2 million) through April 21, 2022.

The senior secured credit facility with Sprott Private Resource Lending II (Collector), LP remains fully drawn at USD$40 million. Interest accrues on the outstanding principal amount of the Sprott Facility at a rate of 8% per annum plus the greater of (i) US three-month LIBOR and (ii) 1.00%. All interest is payable in cash on a monthly basis. As at March 31, 2022, principal is contractually repayable commencing December 2022 and quarterly thereafter until September 2024 in eight equal instalments, resulting in the recognition of $12.5 million as current liabilities to reflect the fact that two principal payments are contracted to be made within the 12 months subsequent to March 31, 2022. The availability of the Sprott Facility is subject to certain conditions and covenants, including the maintenance of minimum unrestricted cash and working capital balances after certain adjustments. These covenants were recently adjusted as a result of the Company’s sale of its New Found investment3. As at March 31, 2022 and the date of this news release, the Company is in compliance with Sprott Facility conditions and covenants, as amended or waived.

The Company reiterates its previous production forecast for the first half of 2022 of 27 koz – 30 koz Au5 assuming receipt of requisite approvals and ability to manage any further impact to operations from COVID-19.

Certain non-IFRS measures have been included in this news release. The Company believes that these measures, in addition to measures prepared in accordance with International Financial Reporting Standards, provide readers with an improved ability to evaluate its underlying performance and to compare it to information reported by other companies. The non-IFRS measures are intended to provide additional information and should not be considered in isolation or as a substitute for measures of performance prepared in accordance with IFRS. These measures do not have any standardized meaning prescribed under IFRS, and therefore may not be comparable to similar measures presented by other companies.

The Company uses the average realized price per ounce of gold sold to better understand the gold price and, once applicable, cash margin realized throughout a period.

The Company reports total cash costs on a per gold ounce sold basis. In addition to measures prepared in accordance with IFRS, such as revenue, the Company believes this information can be used to evaluate its performance and ability to generate operating earnings and cash flow from its mining operations. The Company uses this metric to monitor operating cost performance.

Total cash costs include cost of sales such as mining, processing, mine general and administrative costs, royalties, selling costs, and changes in inventories less non-cash depreciation and depletion, write-down of inventories and site share-based payments where applicable, and silver revenue divided by gold ounces sold to arrive at total cash costs per ounce of gold sold.

The Company believes that AISC more fully defines the total costs associated with producing gold. AISC is calculated based on the definitions published by the World Gold Council. The WGC is not a regulatory organization. The Company calculates AISC as the sum of total cash costs (as described above), sustaining capital expenditures (excluding significant projects considered expansionary in nature), accretion on decommissioning and restoration provisions, treatment and refinery charges, payments on lease obligations, site share-based payments where applicable, and corporate administrative costs less any share-based payments directly attributable to exploration and non-operating payments on lease obligations, all divided by gold ounces sold during the period to arrive at a per ounce amount.

Other companies may calculate this measure differently as a result of differences in underlying principles and policies applied. Differences may also arise due to a different definition of sustaining versus expansion capital.

EBITDA is defined as net earnings before interest and finance expense/income, current and deferred income tax expenses and depreciation and depletion. EBITDA is also adjusted for non-recurring transactions such as the change in fair value of derivative instruments, foreign exchanges gains and losses, gains and losses on the disposal of assets, impairment, and other income.

The Company uses adjusted earnings and adjusted basic and diluted earnings per share to measure its underlying operating and financial performance.

Adjusted earnings are defined as net earnings adjusted to exclude specific items that are significant, but not reflective of the Company’s underlying operations, including: foreign exchange (gain) loss, (gain) loss on financial instruments at fair value, impairment, and non-recurring gains and losses on treatment of marketable securities, sale of exploration and evaluation assets, and associated tax impacts. Adjusted basic and diluted earnings per share are calculated using the weighted average number of shares outstanding under the basic and diluted method of earnings per share as determined under IFRS.

The Company believes that available liquidity provides an accurate measure of the Company’s ability to liquidate assets in order to satisfy its liabilities. The Company uses this metric to help monitor its risk profile.

Working capital is defined as current assets less current liabilities and is used to monitor the Company’s liquidity.

The decision by the Company to produce at the Beatons Creek Project was not based on a feasibility study of mineral reserves demonstrating economic and technical viability and, as a result, there is an increased uncertainty of achieving any particular level of recovery of minerals or the cost of such recovery, including increased risks associated with developing a commercially mineable deposit. Production has not achieved forecast to date. Historically, such projects have a much higher risk of economic and technical failure. There is no guarantee that anticipated production costs will be achieved. Failure to achieve the anticipated production costs would have a material adverse impact on the Company’s cash flow and future profitability.

The Company cautions that its declaration of commercial production effective October 1, 20219 only indicates that the Beatons Creek project was operating at anticipated and sustainable levels and it does not indicate that economic results will be realized.

Dr. Quinton Hennigh (P.Geo.) is the qualified person, as defined under National Instrument 43-101 Standards of Disclosure for Mineral Projects, responsible for, and having reviewed and approved, the technical information contained in this news release. Dr. Hennigh is the non-executive co-chairman and a director of Novo.

Novo operates its flagship Beatons Creek Project while exploring and developing its prospective land package covering approximately 12,500 square kilometres in the Pilbara region of Western Australia. In addition to the Company’s primary focus, Novo seeks to leverage its internal geological expertise to deliver value-accretive opportunities to its shareholders.