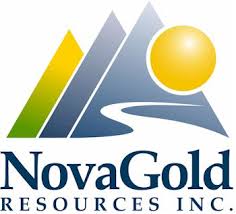 NOVAGOLD RESOURCES INC. (TSX:NG) (NYSE American: NG) today announced that it has entered into a binding agreement with Newmont Mining Corporation (NYSE: NEM) pursuant to which NOVAGOLD has agreed to sell its 50% interest in the Galore Creek project owned by the Galore Creek Partnership. The Project is located in northern British Columbia, Canada. All dollar amounts referred to in this release are stated in U.S. Dollars.

Under the terms of the Agreement, NOVAGOLD will receive total consideration of up to $275 million, payable as follows:

Teck has waived its right of first refusal to acquire NOVAGOLD’s interest in GCP. The transaction is expected to close on or about July 27, 2018.

“NOVAGOLD has remained steadfast on its stated strategy of monetizing its interest in Galore Creek at a value that recognizes the scarcity of this important asset and to a purchaser that will continue to advance the Project in a technically sound as well as environmentally and socially responsible manner,” said Greg Lang, NOVAGOLD’s President & CEO. “Our patience has been rewarded. I’m very pleased that NOVAGOLD is receiving fair value for its interest in Galore Creek and believe that Newmont is the right organization to carry forward the track record of excellence that we have achieved with our partners over the years. Upon completion of this transaction, NOVAGOLD will further strengthen its balance sheet to fund activities at its flagship Donlin Gold project in Alaska. With approximately 39 million ounces of measured and indicated gold resources grading 2.24 grams per tonne, Donlin Gold is one of the most valuable projects in our industry today. As we approach receipt of the Record of Decision, marking successful completion of a multi-year National Environmental Policy Act assessment and federal and state permitting processes, as well as advancing the project optimization study with our partner Barrick Gold, our team is looking forward to continuing to build value for Donlin Gold with our customary discipline and professionalism.”

“This transaction is a win win for all parties,” said Dr. Thomas Kaplan, NOVAGOLD’s Chairman. “For NOVAGOLD’s shareholders, it is the continuation of a laser-focused strategy of unlocking the value of its assets and transforming the Company into a pure play on Donlin Gold, which we believe is the most important gold development story in the industry. Beginning in 2012 with the successful spin-off of NovaCopper (now Trilogy Metals) so that our shareholders could benefit from a rare high-grade copper asset in a premier jurisdiction, to the disciplined and unhurried sale of our interest in Galore Creek to a first-rate acquirer, the Board and management are proud of the fact that their commitments to investors have been scrupulously kept. NOVAGOLD is expected to end this year with over $150 million in cash, with a further $100 million of guaranteed payments to follow over the next five years. Should Galore Creek proceed to a construction decision, NOVAGOLD will receive an additional $75 million. The owners of our shares should be delighted by the fact that to implement its business strategy, our Company does not expect to raise more money until a construction decision is made on Donlin Gold. Reminding ourselves of our consistent refrain that such a decision, in turn, is expected to be taken at a point when gold has resumed its long-term bull market trajectory which should imply much, much higher share prices, the implications of this transaction for the value of NOVAGOLD’s shares cannot be overstated. For those who believe as we do, that there comes a time when the shares are more precious than the metal itself, this latest news should be seen for what it is: a very rare case of a mining company continuing every day, month, and year to honor its promises to do the right thing for its shareholders. In that quest, we have of course been blessed with great partners such as Teck and the Tahltan Nation, with whom we have kept faith by delivering an excellent partner for Galore Creek. On a personal note, I would like to thank the management team and Board of NOVAGOLD for making the role of Chairman a joy rather than a burden as we together take Donlin Gold, the premier asset in the gold space, up the value chain.”

As part of the transaction, Newmont will also acquire the Company’s 40% interest in the adjacent Copper Canyon mineral property (the “Copper Canyon property”).  The remaining 60% of the Copper Canyon property is owned by GCP. The sale will be accomplished by the transfer of 100% of the shares of a new company to be formed by the amalgamation of NovaGold Canada Inc. and Copper Canyon Resources Limited, two wholly-owned subsidiaries of the Company, to a subsidiary of Newmont. The Company expects to record an after-tax loss of approximately $92 million on completion of the sale of its interests in the Project, assuming no value is assigned to the final contingent payment.

RBC Capital Markets served as financial advisor to the Company’s Board of Directors and B. Riley FBR, Inc. provided a fairness opinion to the Special Committee.

Clifford Krall, P.E., who is the Mine Engineering Manager for NOVAGOLD and a “qualified person” under NI 43-101, has approved and verified the scientific and technical information related to the Donlin Gold project contained in this press release.

NOVAGOLD is a well-financed precious metals company focused on the permitting and development of its 50%-owned Donlin Gold project in Alaska, one of the safest mining jurisdictions in the world. With approximately 39 million ounces of gold in the measured and indicated resource categories, inclusive of proven and probable reserves (541 million tonnes at an average grade of approximately 2.2 grams per tonne), Donlin Gold is regarded to be one of the largest, highest grade, and most prospective known gold deposits in the world. According to the Second Updated Feasibility Study (as defined below), once in production, Donlin Gold is expected to produce an average of more than one million ounces per year over a 27-year mine life on a 100% basis. The Donlin Gold project has substantial exploration potential beyond the designed footprint which currently covers only three kilometers of an approximately eight-kilometer long gold-bearing trend. Current activities at Donlin Gold are focused on permitting, optimization work, community outreach and workforce development in preparation for the construction and operation of this top tier asset. NOVAGOLD anticipates applying the proceeds from the sale of its interest in the Galore Creek project and Copper Canyon property toward the development of Donlin Gold. With a strong balance sheet, NOVAGOLD is well positioned to stay the course by completing permitting and advancing optimization efforts at the Donlin Gold project.