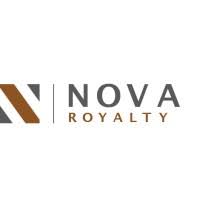 Nova Royalty Corp. (TSX-V: NOVR) (OTCQB: NOVRF) has reported its financial results for the quarter ended June 30, 2022. Nova’s financial statements and management’s discussion and analysis for the three and six months ended June 30, 2022 are available on Nova’s website at www.novaroyalty.com and on SEDAR at www.sedar.com.

Alex Tsukernik, President & CEO of Nova, commented, “During the second quarter of 2022 we further solidified our foundational portfolio of royalties on the next generation of major copper projects being actively advanced by industry-leading operators. In May 2022, we acquired the rights to a royalty on Lundin Mining’s Josemaria copper-gold-silver project, which is one of the most advanced large-scale copper development projects in the Americas.”

Mr. Tsukernik continued, “Looking at the Nova portfolio, we are pleased by the continued forward progress of our royalty assets during the quarter. In addition to continued strength at the producing Aranzazu mine, many of our key royalty assets – including Taca Taca, Copper World, Josemaria, and Vizcachitas – were actively advanced along their respective paths to production. Nova’s concentration of royalties on this group of the most advanced major copper assets in the Americas positions it very well for the future.”

Mr. Tsukernik concluded, “We enter the second half of the fiscal year on solid financial footing, and well-positioned to capitalize on further opportunities in the copper royalty space. We look forward to updating the market at the appropriate time.”

Nova recognized $0.5 million in revenue during the second quarter of 2022, compared to $Nil in the comparative quarter a year ago. The increase in revenue was due to the Aranzazu Royalty. For Q2 2022, the Company recorded a net loss of $2.0 million ($0.02 per share), compared to a net loss of $1.4 million ($0.02) per share in the prior year period. The loss was largely attributable to higher general and administrative expenses relating to ongoing royalty acquisition initiatives and personnel recruitment costs, share-based payments, and interest expenses, which was partially offset by higher revenue (net of depletion). Excluding share-based payments, G&A during the period was approximately $1.0 million, compared to $0.7 million in the comparative period.

First Quantum continued pre-development and feasibility activities at Taca Taca during Q2 2022. During the second quarter of 2021, First Quantum submitted two environmental permits regarding key infrastructure at Taca Taca. The primary Environmental and Social Impact Assessment for Taca Taca was submitted to the Secretariat of Mining of Salta Province in 2019 and approval of the ESIA is anticipated in late 2022. First Quantum expects to continue permitting work at Taca Taca throughout 2022, in addition to engaging with government regarding key aspects of an administrative and fiscal regime for investment into Argentina(1).

Aura Minerals disclosed that Aranzazu sold 11.7 Mlbs copper equivalent at cash costs of US$1.61/lb CuEq during Q2 2022. Sales and production at Aranzazu were in line with Aura’s expectations. CuEq sales were 17% higher than in Q2 2021, but 17% below Q1 2022. Lower quarterly sales in Q2 2022 were primarily a result of lower grades, consistent with the Aranzazu mine plan and sequencing aimed to develop the mine to access higher grade areas for production later in 2022(3).

Hudbay released the results of the Copper World Complex preliminary economic assessment during Q2 2022, which includes the recently discovered Copper World deposits along with the Rosemont deposit. The PEA contemplates a two-phase mine plan that has an after-tax net present value (10%) of US$1,296 million and generates an 18% internal rate of return at $3.50 per pound copper. Hudbay also reported a significant increase in copper contained in all mineral resource categories, as compared to the mineral resources included in the 2017 feasibility study published by Hudbay for the Rosemont project.

Subsequent to quarter end, in July 2022 Hudbay announced that it received approval from the Arizona State Mine Inspector for its amended Mined Land Reclamation Plan for the Copper World Complex. Hudbay expects to submit applications for the other key State and local permits for Phase I of the Copper World Complex in the second half of 2022.

Hudbay also announced that it would be advancing a pre-feasibility study for Phase I of the Copper World Complex, which will focus on converting the remaining inferred mineral resources to measured and indicated and evaluating many of the project optimization and upside opportunities(5).

In April 2022, Lundin Mining acquired Josemaria through its acquisition of Josemaria Resources. On April 11, 2022, the mining authority of San Juan, Argentina approved the Environmental Social Impact Assessment for Josemaria. Lundin Mining reported that it is currently advancing commercial agreements and additional sectoral permits with national and provincial authorities in Argentina, which it expects to complete in 2022 ahead of a construction decision.

Lundin Mining also reported that it is completing basic engineering, which is approximately 23% complete, and study work for an updated technical report, which will include updated cost estimates and evaluation of potential scope changes compared to plans envisaged in a feasibility study completed by Josemaria Resources in November 2020.

Lundin Mining has stated that it expects to publish an updated technical report in Q4 2022 and intends to spend up to $300 million to advance development of Josemaria. As part of the technical report update, Lundin Mining reported that it plans to complete a new Mineral Resource and Mineral Reserve estimate, which will incorporate approximately 31,200 metres of drilling that have been completed at Josemaria since the 2020 feasibility study(6).

Nova Royalty Corp. is a copper-focused royalty company. Nova has assembled a portfolio of royalties on a significant proportion of the next generation of major copper projects located in 1st-tier jurisdictions, providing investors exposure to some of the most critical resource assets for the clean energy transition. These projects are being advanced by the world’s premier mining companies, which include First Quantum, Lundin, Hudbay, Anglo American and Glencore, among others.