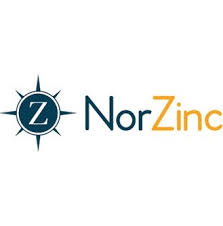 Shareholders who have questions about the proposed acquisition by RCF can contact NorZinc Ltd.’s strategic advisor and proxy solicitation agent Laurel Hill Advisory Group at 1-877-452-7184 or by e-mail at assistance@laurelhill.com.

NorZinc Ltd. (TSX: NZC) (OTCQB: NORZF) announced that, based on the unanimous recommendation of an independent special committee of its board of directors as well as unanimous approval by the Board, it has entered into an arrangement agreement with RCF VI CAD LLC in respect of a transaction whereby RCF will acquire all of the issued and outstanding common shares of the Company that RCF and its affiliates do not currently own pursuant to a court-approved plan of arrangement for $0.0325  in cash per NorZinc share, which represents a 3.5% premium to the 45-day VWAP of $0.0314 per share. RCF and its affiliates currently hold approximately 48.31% of the outstanding common shares of the Company.

Concurrently with signing of the Arrangement Agreement, NorZinc and RCF have amended and restated the credit facility dated May 19, 2022, to provide for an increase in the commitment thereunder by US$11 million.

Rohan Hazelton, President & CEO, NorZinc stated, “The Company has been working to address challenges with respect to its debt situation and capital funding needs given the current market conditions. Considering the interests of all stakeholders in the Company and its Prairie Creek Project, and in order to maintain the current development work at and accessing the site, The Board has explored all viable strategic alternatives. Ultimately, it has concluded that the unsolicited all-cash offer to the minority shareholders contained within the Arrangement Agreement is in the best interests of the Company and its stakeholders. While we believe this asset has an exciting future, given the current capital markets, debt and equity position of the Company, we believe this is the best alternative for the Company and its shareholders at the present time. We are proud of the recent milestones achieved in permitting and indigenous community agreements that have advanced Prairie Creek development and remain bullish on the long-term viability of the Project and the positive impact it will have on the local region.”

The Special Committee and the Board considered the Transaction with reference to the best interests of the Company, its stakeholders, ongoing project development, as well as its prospects, strategic alternatives and competitive position, including the risks involved in achieving those prospects and pursuing those alternatives in light of current market conditions and the Company’s financial position.

The Special Committee and Board recommend the Transaction to securityholders based on a number of reasons, including, among others:

The full background to the transaction and reasons for the recommendations of the Special Committee and Board will be set out in the information circular in connection with the meeting to consider the Transaction. The Special Committee and Board strongly recommend that securityholders read and consider the full text of the circular when it is provided to them.

The Company expects to hold the Meeting as early as possible in the fourth quarter of 2022 and the Transaction is expected to close shortly thereafter, subject to court approvals and other customary closing conditions.

In addition to Securityholder and court approvals, the Transaction is subject to applicable regulatory approvals including, but not limited to, Toronto Stock Exchange approval. The Arrangement Agreement contains customary provisions including non-solicitation, “fiduciary out” and “right to match” provisions, as well as a US$250,000 termination fee payable to RCF under certain circumstances. Further details regarding the terms and conditions of the Transaction are set out in the Arrangement Agreement, which will be publicly filed by the Company under its SEDAR profile at www.sedar.com. Additional information regarding the terms of the Arrangement Agreement, the background of the Transaction and the independent valuation and fairness opinions will be provided in the information circular for the Meeting, which will also be filed on the Company’s SEDAR profile at www.sedar.com.

Special Committee and Board Approval

The Board retained Scotiabank as its financial advisor in connection with its review of the Transaction. Scotiabank delivered an oral opinion to the Board that, as at September 29, 2022 and subject to the assumptions, limitations and qualifications to be set forth in Scotiabank’s written fairness opinion, the consideration to be received by the Minority Shareholders pursuant to the Transaction is fair, from a financial point of view, to such Minority Shareholders.

Concurrently with entering into the Arrangement Agreement, RCF and the Company entered into the Amended and Restated Credit Agreement to provide for an increase in the commitment thereunder by US$11 million in order to address the Company’s near-term liquidity needs while the Transaction is pending. The primary amendments include:

The Amended and Restated contains customary negative pledges, and certain conditions including the completed Rights Offering, if requested by RCF, and certain other conditions. The first drawdown with respect to the additional loan amount of US$11 million is planned to occur upon receipt of approval of the loan from the TSX.

All directors and senior officers of the Company have entered into voting and support agreements to vote their securities in favour of the Transaction, subject to certain customary exceptions.

Bacchus Capital Advisers is acting as financial advisor to RCF and Blake, Cassels & Graydon LLP is acting as legal counsel to RCF.

NorZinc shareholders who have questions about the Transaction can contact NorZinc’s strategic advisor and proxy solicitation agent: