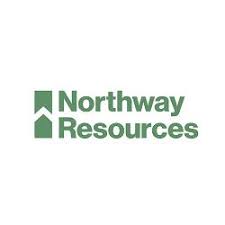 Northway Resources Corp. (TSX-V: NTW) is pleased to announce that it has completed its initial public offering of 18,486,000 common shares issued at a price of $0.10 per Share. This generated aggregate gross proceeds of $1,848,600 pursuant to a prospectus dated July 30, 2019.

A cash commission equal to 7% of the gross proceeds of the offering was paid to the Company’s agents, Haywood Securities Inc. and Echelon Wealth Partners Inc. and their selling group members, as well as a corporate finance fee of $35,000, plus applicable taxes. In addition, the Agents received 1,294,020 non-transferable warrants to acquire up to 1,294,020 Shares at a price of $0.10 per Share until August 22, 2021.

The Company will use the net proceeds from the offering in furtherance of its short term business objectives as outlined in the Prospectus. A copy of the Prospectus is available under the Company’s profile on SEDAR at www.sedar.com.

The Company also granted an aggregate of 2,000,000 incentive stock options to its directors and officers as outlined in the Prospectus. Each option is exercisable at a price of $0.10 per share for a period of five years, vesting immediately.

The Company expects to complete a concurrent non-brokered private placement of 6,900,000 Shares at a price of $0.10 per Share, subject to the approval of the TSX Venture Exchange, shortly after the commencement of trading. The proceeds of the Placement will be used for general working capital.

A message from President and CEO, Mr. Flood: “We are very excited about closing this transaction and being listed as a new public company on the TSXV. Northway Resources was founded last year with the primary focus to explore for gold in Alaska. The Healy Project, which we have optioned from Newmont Goldcorp, presents significant opportunities for Northway in the Goodpaster Mining District, host of the Pogo gold mine. We have the advantage of picking up where Newmont left off, following multiple years of systematic regional exploration which has led to the definition of numerous drill-ready targets which have never been tested. We look forward to updating the market with drill results this fall as they become available.”