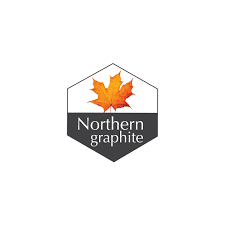 Northern Graphite Corporation (TSX-V: NGC) (OTCQB: NGPHF) announces that it has agreed to sell a one per cent gross revenue royalty on its Bissett Creek Project to Electric Royalties Ltd. for $500,000 in cash and two million common shares of ERL (of which half are subject to a 12 month hold period and half to an 18 month hold period). The transaction is subject to, among other things, regulatory approval, the completion of due diligence by ERL and ERL completing its going public transaction which will involve a financing of not less than $3.5 million. Under the terms of the agreement ERL also has a two-year option to acquire an additional half of one per cent GRR by paying $750,000, of which 25 per cent can be paid in ERL shares. Northern has the option to buy back half of one per cent of the initial GRR at any time after 12 months by returning the Consideration Shares or paying $1.5 million in cash.

Gregory Bowes, CEO of Northern, commented that: “Bissett Creek is a high margin project and the sale of a small royalty has very little effect on its economics. The proceeds will provide a non-dilutive source of liquidity that will enable the Company to continue waiting for a turnaround in graphite prices which it believes will come even if automobile manufacturers are only modestly successful at achieving their stated fleet electrification goals.” He added that: “We are happy to support ERL in bringing more attention to the electric metals/minerals space by selling a royalty on what we believe is one of the world’s highest quality, undeveloped graphite projects.”

Benchmark Mineral Intelligence estimates that major automobile makers have committed over US$300 billion to developing electric vehicles and that there are over 100 lithium ion battery (“LiB”) mega-factories in the pipeline. This will require annual world graphite production to more than double. Volkswagen has committed US$91 billion to electrifying its fleet and in doing so, its battery demand alone will increase to 300 gWh which will require an estimated 40 per cent increase in world graphite production. Daimler (Mercedes) has committed US$34 billion to developing EVs and securing its battery requirements which have been estimated at 200 gWh. China wants 25 per cent of new vehicles sold to be electric by 2025 which requires more than 300 gWh of batteries. The outlook for graphite demand is very robust while at the same time, there are no new graphite mines currently under construction.

Brendan Yurik, CEO of Electric Royalties Ltd, commented that: “We are excited to become a financial partner to Northern through a non-dilutive royalty financing given its project is conveniently located in Canada, is in easy transportation distance to announced new battery factories, has high estimated operating margins, has high quality graphite for battery and industrial uses, and is essentially shovel ready.”

Northern’s 100% owned Bissett Creek graphite deposit is located in the southern part of Canada with ready access to labour, supplies, equipment and concentrate transportation whereas most of the Company’s peers are located in the northern part of Canada or Africa. Bissett Creek is an advanced stage project with a full Feasibility Study and a Preliminary Economic Assessment which contemplates doubling production after three years of operation. Permitting is well advanced and the Company is in a position to make a construction decision subject to financing.

The Bissett Creek Project has a reasonable capital cost, an initial production rate that is realistic relative to the size of the current market (and which can be expanded as demand grows), and it has the highest percentage of large/XL flake. The latter will enable the Company to initially focus on high margin, value-added industrial markets and expand into the LiB market as conditions warrant. Unlike many graphite deposits, essentially all Bissett Creek production is “battery grade”.

Electric Royalties is a royalty company set to take advantage of the demand for a wide range of commodities (lithium, vanadium, manganese, tin, graphite, cobalt, nickel & copper) that will benefit from the drive to electrification (cars, rechargeable batteries, large scale energy storage, renewable energy generation and other applications).

Electric vehicle sales, battery production capacity and renewable energy generation are slated to increase significantly over the next several years and with it the demand for these targeted commodities. This creates a unique opportunity to invest in and acquire royalties over the mines and projects that will supply the materials needed to feed the electric revolution.

Electric Royalties currently has a portfolio of nine royalties under binding letters of intent and plans to focus predominantly on acquiring royalties on advanced stage and operating projects to build a diversified portfolio located in jurisdictions with low geopolitical risk.

Gregory Bowes, B.Sc. MBA, P. Geo., a Qualified Person as defined under National Instrument 43-101, has reviewed and is responsible for the technical information in this news release.

Guerrero Ventures Inc. (TSX-V: GV) is pleased to announce that it... READ MORE