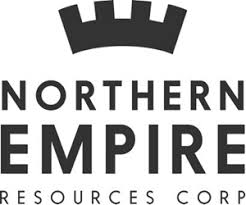 Michael G. Allen, President and CEO, stated, “These results represent the first drilling into the SNA deposit by the Company. We are pleased with the results as they demonstrate that the deposit remains open for further expansion, and the mineralized intervals are slightly broader than modelled. Step out hole SNA18-012 demonstrates the deposit remains open for expansion.  The rig continues to drill Carlin-type exploration targets to the east and west of the SNA deposit as well as north towards the past producing Motherlode Mine.”

The SNA deposit is the easternmost of the 3 deposits controlled by the Company within the Fluorspar Canyon trend. The SNA Deposit is an inferred resource totalling 126,000 oz grading 1.03 g/t Au at a 0.3 g/t gold cut-off*. SNA is described as a Carlin Type deposit hosted within Devonian Carbonates in the footwall of the Fluorspar Canyon Detachment Fault.

The SNA deposit is located approximately 400 meters to the south of the past producing Motherlode Mine, and may represent a southern extension of that mineralization. The SNA deposit is located approximately 4.6 km to the northeast of the Daisy Deposit where on February 28, 2018 the Company released the results of hole D18-003C, which returned 123.93 meters grading 1.41 g/t Au and is approximately 3.3 km northeast of the Secret Pass Deposit where on March 20, 2018 the Company released results from hole SP18-003C which returned 70.07 meters on 1.79 g/t Au.

Within the Fluorspar Canyon Trend, Northern Empire owns three deposits with NI 43-101 compliant resources*: Daisy, Secret Pass, and SNA, which are part of the Crown block of claims within the Company’s 141 square kilometer Sterling Gold Project. Within the Sterling Gold Project, the Company also controls the permitted Sterling Mine. Northern Empire intends to aggressively explore the Sterling Project to both expand existing resources and make new, additional discoveries.

Michael G. Allen, P. Geo., President of Northern Empire, and a Qualified Person as defined by NI 43-101, has reviewed the technical information contained in this news release. He is the non-independent qualified person for this news release and has verified the data.

* Please refer to the technical report on the Sterling Project dated July 12, 2017, found on the Company’s website and SEDAR.

Northern Empire Resources Corp. is expanding and discovering heap leach gold deposits in Nevada. The Company presently has initial resource statements on four heap-leachable deposits at the 100%-owned Sterling Gold project, including the high-grade, fully permitted Sterling Mine. The Company is well-financed and is aggressively drilling all four deposits in 2018 to increase resources and explore for new discoveries on the district-scale land package. Founders and management have a track record of increasing shareholder value through discovery, project development and M&A in leadership positions at success stories such as Newmarket Gold, Kaminak Gold, Underworld Resources and International Royalty Corp.