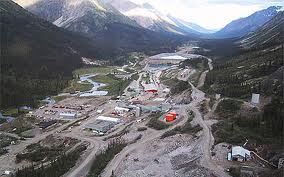 North American Tungsten Corporation Ltd. (TSX-V:NTC) announces that the plan to develop the Company’s Mactung Project a tungsten property in Yukon, has received environmental approval. After a deliberative process which began in 2008, Mactung’s positive environmental assessment from the Yukon Environmental and Socio-economic Assessment Board has been further certified by the Federal and Yukon Governments. The governments issued Decision Documents which will permit the Company to move forward in the regulatory process.

Published under the Yukon Environmental and Socio-economic Assessment Act, the Decision Documents include a series of terms and conditions that North American Tungsten must incorporate into Mactung Project’s design and operations in order to mitigate the mine’s impact on the site located northeast of Ross River, Yukon.

“I can’t express strongly enough the importance of this decision to our Company,” NTC’s Chairman and CEO, Kurt Heikkila said. “We are very pleased with the decision of the Board and of the governments whose further approval was required. This decision forms the basis for our next set of efforts to be one of the largest tungsten producers in the western world.”

“Mactung is NTC’s most valuable asset and the Company is eager to bring its resources to market. With the release of the Decision Documents and in co-ordination with the First Nations on whose traditional territory Mactung is located, the Company has a much clearer path towards the day when Mactung will join Cantung as two centers of operations and profit – not only for NTC and its shareholders but also for the people and communities of the North.”

“We take seriously the responsibilities which the governments and the Board have placed with us to properly steward the Mactung site,” Mr. Heikkila continued, “and we believe that this corporate commitment will become increasingly obvious in the years ahead.”

North American Tungsten currently operates the Cantung mine which is located just inside the border of the Northwest Territories 300 kilometers northeast of Watson Lake, Yukon. Two hundred sixty people are currently employed at Cantung. Mactung is located about 160 kilometres up along the border with N.W.T., this time falling on the Yukon side. Mactung is currently anticipated to be about 50% larger than Cantung in size and scope of operations and is anticipated to produce 2,000 tonnes per day from an underground operation.

Details of the National Instrument 43-101 Technical report filed on SEDAR, May 18, 2010, include the following:

Mr. Heikkila concluded, “We will start the planning process, involving customers and community, to build the operational plan for opening Mactung. The investments we’ve made to improve Cantung operations will provide fundamental operational aspects for this process. When developed, Mactung will provide benefits to the people and communities of the North, as well as the shareholders of the Company for many years.”

The Company is a publicly listed Tier 1 Junior Resource Company engaged primarily in the operation, development, and acquisition of tungsten and other related mineral properties in Canada. The Company’s 100% owned CanTung mine and MacTung development project make it one of the few tungsten producers with a strategic asset in the western world. MacTung is one of the world’s largest known undeveloped high grade tungsten-skarn deposits.