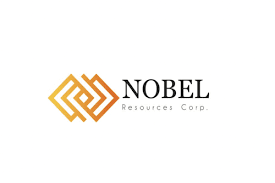 Nobel Resources Corp. (TSX-V: NBLC) is pleased to announce that, further to its press release dated September 1, 2021, it has completed the first tranche of its brokered private placement of units. Pursuant to the First Tranche, Nobel has issued an aggregate of 3,333,332 Units at an issue price of $0.45 per Unit for gross proceeds of $1,500,000. The Offering is led by Clarus Securities Inc., together with iA Private Wealth Inc. and Research Capital Corporation.

Each Unit is comprised of one common share in the capital of the Company  and one-half of one Common Share purchase warrant. Each Warrant will entitle the holder thereof to purchase one Common Share at an exercise price of $0.60 for 36 months following the completion of the Private Placement. The Warrants were issued pursuant to, and the exercise of the Warrants will be governed by, the provisions of a warrant indenture dated September 20, 2021, entered into between the Company and Computershare Trust Company of Canada, as warrant agent. A copy of the Warrant Indenture is available under the Company’s issuer profile on SEDAR at www.sedar.com.

The Company will no longer complete the non-brokered offering described in the Initial Press Release. Instead, Nobel has increased the total size of the Offering to $5 million. The Company intends to close the final tranche of the Offering on or about September 23, 2021 for additional gross proceeds of $3.5 million.

The net proceeds of the Offering shall be used for project exploration and for other general and corporate purposes. All securities issued in connection with the First Tranche are subject to a statutory hold period of four months and one day from the Closing Date in accordance with applicable Canadian securities laws.

Nobel Resources has the right to acquire 100% interest in the Algarrobo Iron Oxide Copper Gold Ore (IOCG), a potential IOCG style high grade copper property in Chile. The country is a top mining jurisdiction as it is strategically located within 25 km from port and has world-class IOCG deposits within the Major Candelaria belt. Chile’s mining capabilities benefit from close to surface, high grade mineralization within the mining face and has the necessary permitting in place.