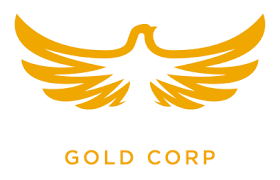 Dr. Michael Byron, President and CEO commented, “We are very excited with the results from Treasure Island as they continue to reaffirm our original thesis behind consolidating this fertile gold camp at its early stages of evolution. The continued exploration success from our satellite targets supports our conviction that the Colomac deposit is not the only multi-million-ounce opportunity, nor the only deposit capable of hosting high-grade mineralization. Our work to date on the Damoti Lake gold deposit, the four Leta Arm gold deposits and showings (North Inca, Diversified, #3, and Lexindin), and now Treasure Island, has confirmed that there are many higher-grade prospects satellite to Colomac. We consider these targets as potential higher-grade feed candidates that could augment any future mining operation at Colomac.

“It is incredibly telling and encouraging that to date, we have only drilled near surface mineralization, as most deposits have yet to be explored below 100 metres. Additionally, we have not fully explored the many other surface showings of high-grade mineralization that exist throughout the camp. The Indin Lake Property is a bonafide gold camp and we look forward with great anticipation to our continued exploration efforts directed at delivering on its vast potential.”

Treasure Island is the northern most project within Nighthawk’s Indin Lake Property, located along the eastern end of a 7 km long underexplored mineralized corridor that hosts several high-priority gold showings including JPK and Laurie Lake (“Laurie Lake“, see Figure 1). Mineralization consists of a series of sub-vertical stacked gold zones oriented parallel to, and overlapping, a regional east-west mafic volcanic and sedimentary rock contact. Drilling to date by Nighthawk has established the gold system to be upwards of 200 metres wide, 700 metres long, and open in all dimensions. Historical drilling intersected similar mineralization at Laurie Lake four kilometres to the west of Treasure Island, highlighting the untested potential of the 7km long corridor (Figure 1).

In 2011, the Company completed a maiden five-hole drill program (1,452 metres) targeting the Main Zone along the southwestern shoreline of Treasure Island.  Exploration activities were subsequently expanded upon recognition of the abundance of gold mineralization noted throughout this part of the Indin Lake belt. In 2011 grab samples collected from the historical Booty Showing along the northern shore of the Island (Figure 1) returned up to 13.35 gpt Au, and in 2017 as part of an extended regional exploration program, surface sampling discovered a new high-grade gold showing 750 metres west of the Booty Showing and 1.0 kilometre north of the Main Zone, the Seadog showing, where grab samples returned up to 27.80 gpt Au, and 19.85 gpt Au from a 1.0 metre channel sample (see press release dated April 12, 2018). As exploration activities have intensified so has the incidence of new discoveries.

The 2018 program also included drilling the first holes into the East Zone, a second area of mineralization identified from historical drilling that lies 500 metres east of the Main Zone, confirming the historical reports and highlighting its unrealized, yet highly mineralized, potential. The area between the Main Zone and East Zone remains largely untested, as does the 4 kilometres that separates Treasure Island from Laurie Lake to the west, leaving more than 95% of this mineralized corridor to be explored.

2018 drilling targeted an extensive gold system made up of at least five parallel stacked mineralized zones that collectively form a highly altered and silicified 200-metre-wide envelope spanning the regional contact between volcanic and sedimentary rock units. Holes T18-01 and T18-01B were collared 35 metres west and 75 metres north of two previously drilled holes (T11-03 & 03B), to test the unexplored western extension of the stacked zones (Figure 2). Broad areas of mineralization were intersected throughout the contact zone between steeply dipping mafic volcanic rocks to the north and greywacke units to the south, with intermediate to felsic pyroclastic volcanic rocks sandwiched in between. Zones were extended to the west where they remain open, and new mineralized zones were intersected in greywackes at depth. Holes T18-02 and T18-02B were drilled to infill a 90 metre gap in coverage between holes T11-02 and T11-03 (Figure 2). Both holes intersected mineralization helping to establish continuity of the recently modeled zones along strike and to new depths.

Holes T18-04 and T18-04B were collared 50.0 metres east of holes T18-03 & 03B to explore the possible extension of the Main Zone further to the east (Figure 2). Widespread mineralization was encountered, with the steeper of the two holes T18-04B, delivering some of the best Treasure Island numbers to-date, returning 46.25 metres of 3.31 gpt Au, including 21.75 metres of 6.23 gpt Au, and 7.75 metres of 14.20 gpt Au (Figure 4). Drilling on this section has generated new high-grade intercepts at depth within the greywackes and traced the Main Zone further to the east where it continues to show continuity of mineralization along strike.

T18-05 and T18-06 series holes resumed exploring the Main Zone east of all previous drilling at 50 to 60 metre step-outs (Figure 2). All holes intersected new zones of broad mineralization within 120 metres of the surface, highlighted by hole T18-06B which intersected 26.95 metres of 4.45 gpt Au, including 4.20 metres of 25.95 gpt Au at 85 metres depth (Figure 5). The Main Zone has now been expanded by more than 100 metres to the east, documenting shallow and extensive new high-grade discoveries that remain open.

Holes T18-07, T18-07B, T18-08 and T18-08B represent the first holes the Company has drilled into the East Zone. The T18-07 series holes were established 350 metres east of the T18-06 series holes (Figure 2) and intersected modest mineralization largely within the greywackes 70 metres below surface. Hole T18-08B, a further 45.0 metre step-out to the east of T18-07, intersected a new high-grade zone within  greywacke 100 metres from surface returning 11.75 metres of 10.78 gpt Au, including 6.50 metres of 19.15 gpt Au (Figure 6), suggesting that the high-grade nature of the Main Zone exists throughout the 700 metres of mineralized stratigraphy, as does the potential to expand and probably connect the two zones.

Shallow mineralization was intersected by most holes within mafic volcanic rocks immediately north of the Gamble Dyke, a quartz-feldspar porphyry dyke that runs parallel to the volcanic rock – sedimentary rock contact. However, most of the mineralization appears confined to the felsic/intermediate pyroclastic volcanic rocks close to the greywacke contact, with lessor occurrences within the lower greywacke units. Drilling to date at Treasure Island has been successful in: confirming the historical reports of gold spanning the lithological contact region between volcanic and sedimentary rocks; successfully extended existing zones in all dimensions; and confirmed the existence of new high-grade zones at depth.

Treasure Island represents an incredible new opportunity for Nighthawk as these initial drill programs have firmly established that high-grade gold mineralization occurs in association with this regional contact zone, clearly pointing to the untapped potential of this largely unexplored 7-kilometer-long mineralized corridor. Treasure Island now joins the ranks of Damoti Lake, and the Leta Arm deposits as established higher-grade opportunities satellite to Colomac, and collectively illustrate the multitude of potential that exists within the Indin Lake Gold Camp.