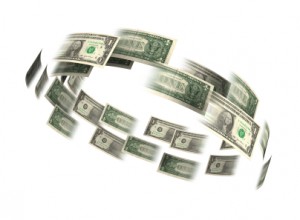 Primary Capital Inc., as lead agent, PowerOne Capital Markets Limited and Edgecrest Capital Corporation acted as agents for and on behalf of the Company, with respect to the Offering, pursuant to which they received a cash commission equal to 6% of the gross proceeds of the Offering and 1,200,000 broker warrants each of which is exercisable to acquire one common share at a price of $0.45 until December 25, 2014.

The securities issued are subject to a hold period expiring October 26, 2014 in accordance with the rules and policies of the TSX Venture Exchange and applicable Canadian securities laws and such further restrictions as may apply under foreign securities laws.

The gross proceeds from the sale of the FT Units will be used to incur “Canadian exploration expenses” which also qualify as “flow-through mining expenditures” on the continued exploration of the Company’s Indin Lake Gold property located in the Northwest Territories. The net proceeds from the sale of the Units will be used for general working capital purposes. The Offering remains subject to the final approval of the TSX Venture Exchange.