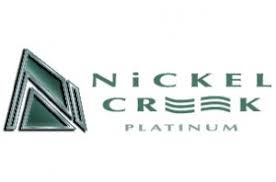 Nickel Creek Platinum Corp. (TSX: NCP) (OTCQB: NCPCF) is pleased to announce the overall results from its 2021 drilling and geophysics program which concluded during the month of August 2021 in Yukon, Canada.

The drilling component of the 2021 exploration program comprised 12 holes totalling 1,257 metres (m), of which nine holes totalling 974m were drilled from two separate drill platforms on the Arch Target at the Nickel Shäw Project. As previously announced on October 8, 2021, five of the six holes from the first platform hit intersected massive sulphide intervals, and a second platform was placed ~100m from the first platform following the expected trend of mineralization. Of the three holes drilled from the second platform, one hole hit intersected massive sulphide mineralization and one hole was drilled deep into the hanging wall for borehole electromagnetic (EM) surveying.

HIGHLIGHTS OF THE DRILL RESULTS:

“We have clearly shown the capability of Nickel Shäw to host near surface massive sulphide and TPM mineralization with significant nickel, copper, platinum and palladium grades,” said Stuart Harshaw, President and CEO of Nickel Creek Platinum.

“Further exploration will help define the extent of the mineralized zone while we look to advance the Wellgreen deposit towards a pre-feasibility study.”

“The Wellgreen deposit – situated within the Nickel Shäw property – stands out in this environment of severe shortage of nickel-focused deposits, particularly those located in safe geo-political jurisdictions that welcome environmentally-friendly mine development. Its significant nickel endowment and strong by-product credits, including copper, cobalt, platinum and palladium, form an outstanding platform for value advancement.”

Four holes at Arch were surveyed by borehole EM along with three surface lines. Diamond drilling was performed by Superior Diamond Drilling and the EM survey was completed by SJ Geophysics.

Sulphide mineralization at Arch occurs at the base of an outcropping ultramafic sill (“Arch Sill”) that is centred four kilometres west-northwest of the Wellgreen deposit. The sill is approximately 100 metres thick and dips subparallel to the slope at 55-75 degrees to the south-southwest. Massive and semi-massive sulphide mineralization is related to a thin (

Figure 3 is a general north-south cross section through the Arch area looking west. The near surface massive sulphide intersections are identified in red on 5 of the 6 holes drilled from this location.

Figure 4 is a general east-west longitudinal section through the Arch area looking north. Please refer to this figure for the specific Ni, Cu, Co and TPM grades and intersections in each hole.

Surface and borehole EM surveys were conducted concurrently with the 2021 drilling program. SJ Geophysics from Vancouver was contracted to survey four boreholes and three surface lines around the Arch Target. The parameters of the surface survey were adjusted using the information learned from previous work carried out in 2020. The steep topography of the project area can be challenging for surface EM, and the amount of motion noise experienced by the highly sensitive EM sensors in this type of terrain is unavoidable in a production survey. Using the newly calibrated parameters of SJ Geophysics’ Volterra system, a significant increase in data quality was observed, compared to previous campaigns.

The three surface lines completed this year utilized the transmitting loop from the borehole electromagnetic survey. These lines ran straight down the steep topography – one east of the BHEM loop, one through the centre, and one to the west of the loop. The central line of the surface survey definitively confirmed the main Arch Target from the 2020 campaign, while the improved data quality allowed for the identification of a previously undetected conductor. This newly identified conductor appears to the west of the western-most survey line (see Figure 5) and requires further investigation.

Four separate drillholes (ASD21-006, -007, -008, and -009) were surveyed with BHEM in the 2021 campaign. These surveys defined a 100-metre-long target that appears to be south of hole ASD21-006, intersecting ASD21-003, and approaching ASD21-007 (see Figures 3 and 6). A second smaller target was located along strike intersecting hole ASD21-008, while a deeper target was identified north of ASD21-009. All of the modelled EM conductors listed appear to have conductivity thicknesses greater than 1,000 Siemens and are considered to be potential massive sulphide targets.

Analytical quality assurance and quality control included submission of blanks and standards. Various standards were submitted that are appropriate for both low-grade and high-grade Ni-Cu-TPM mineralization. Results from the standards and blanks were reviewed and in the opinion of the Qualified Person, the analytical results pass QAQC review. Sample preparation was completed at the ALS facility in Whitehorse, Yukon and analysis was completed at the ALS laboratory in North Vancouver, British Columbia. Samples were analyzed by 4-acid digestion and ICP-AES (ALS method MEICP-61) with platinum, palladium and gold analysis by fire assay with ICP-AES finish (ALS method PGM-ICP23). Selected massive sulphide samples are still being analyzed for the full PGE+gold suite by nickel sulphide collection fire assay with ICP-MS finish (ALS method PGM-MS25NS).

Three holes were drilled in the Burwash area in the Linda Creek drainage. These holes were drilled to test conductivity from the 2020 surface EM survey and areas with anomalous disseminated sulphide hosted in peridotite outlined from historical trenching and drilling. No significant intervals greater than 0.3% Ni were intersected; however, drilling difficulties due to poor ground conditions prevented a complete test, and exploration potential remains in the Burwash area.

The scientific and technical information disclosed in this news release was prepared under the supervision Cameron Bell, P. Geo., an independent geologist on a consulting retainer contract with the Company, and a “Qualified Person” as defined in National Instrument 43-101 – Standards of Disclosure for Mineral Projects.

The scientific and technical information disclosed in this news release in relation to the geophysics program was reviewed and approved by Brian Bengert, P. Geo., who is a “Qualified Person” as defined in NI 43-101, and an independent consultant to the Company.

Nickel Creek Platinum Corp. is a Canadian mining exploration and development company and its flagship asset is its 100%-owned Nickel Shäw Project. The Nickel Shäw Project is a large undeveloped nickel sulphide project in one of the most favourable jurisdictions in the world, with an attractive mix of metals including copper, cobalt and platinum group metals. The Nickel Shäw Project has exceptional access to infrastructure, located three hours west of Whitehorse via the paved Alaska Highway, which supports year-round access to deep-sea shipping ports in southern Alaska. The Company is also investigating additional opportunities for shareholder value creation.

The Company is led by a management team with a proven track record of successful discovery, development, financing and operation of large-scale projects. Our vision is to create value for our shareholders by becoming a leading North American nickel, copper, cobalt and PGM producer. 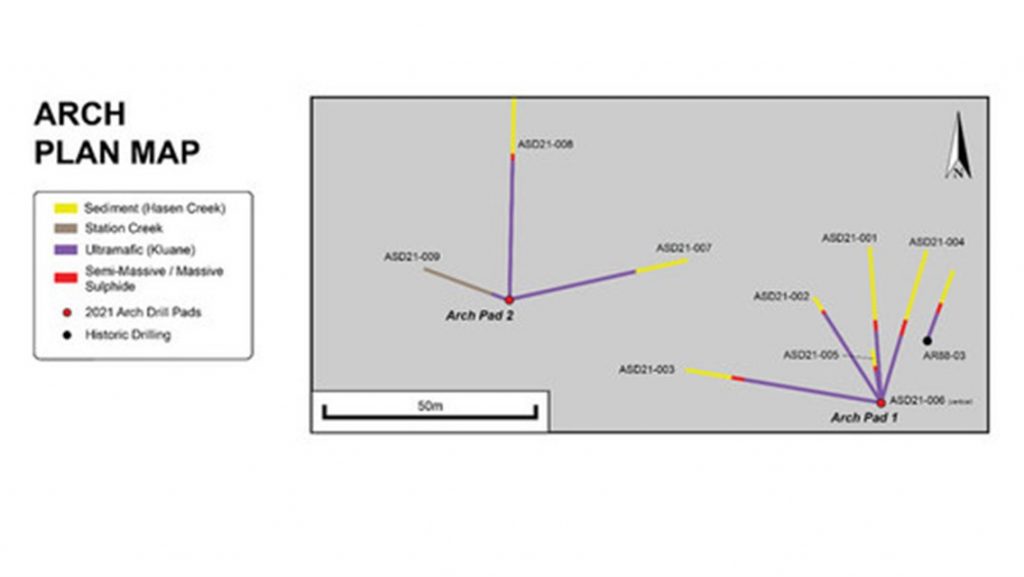 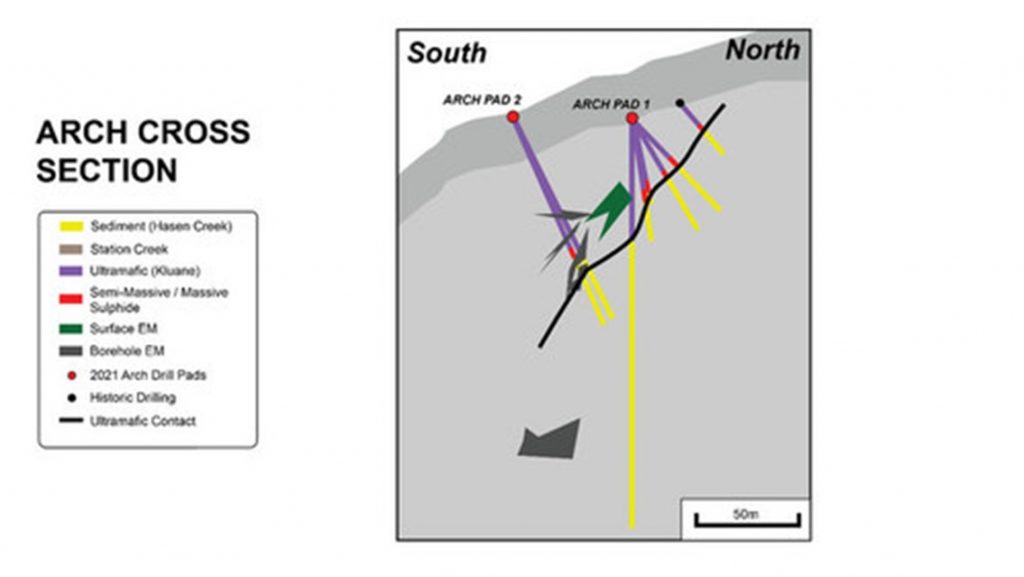 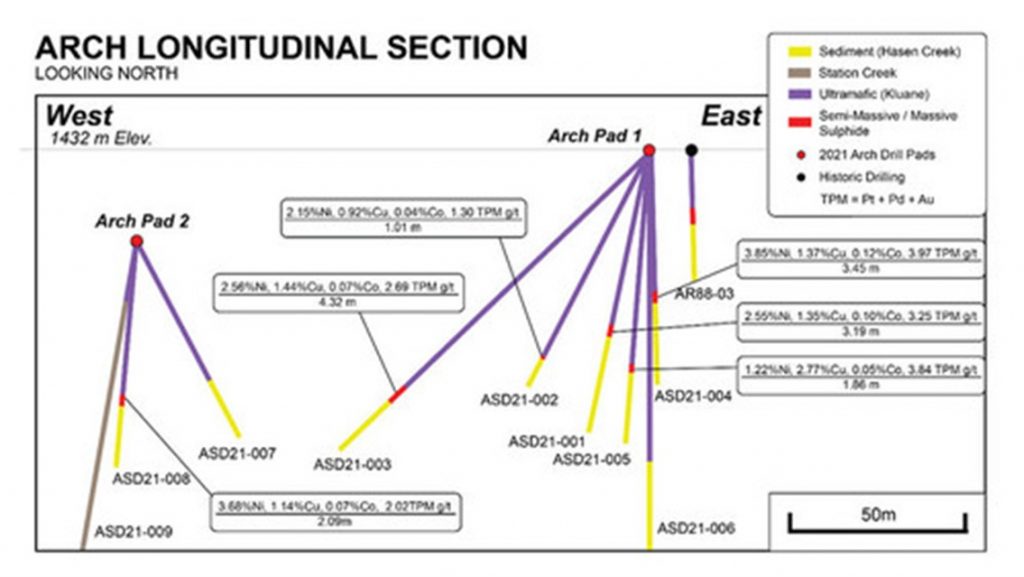 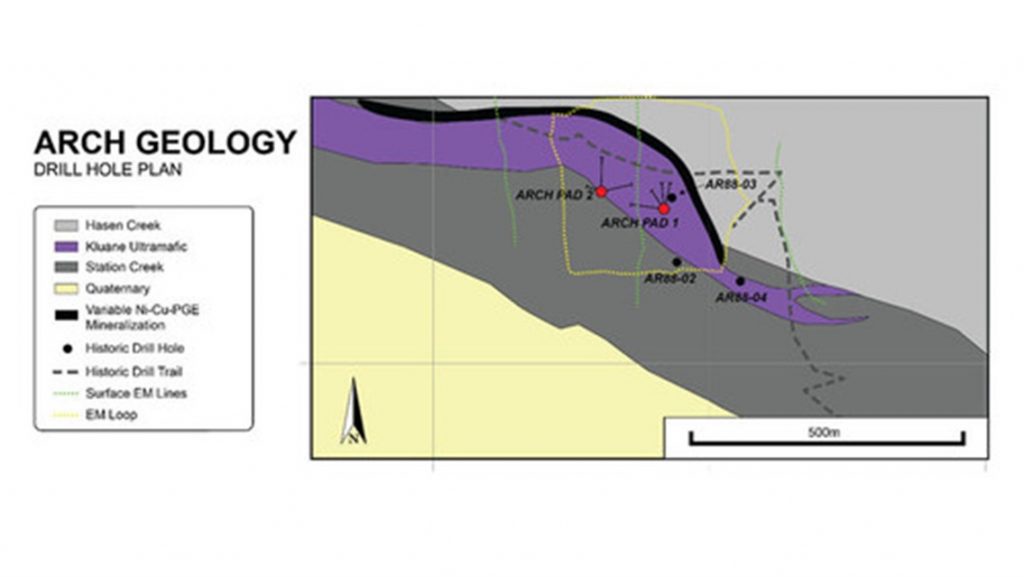 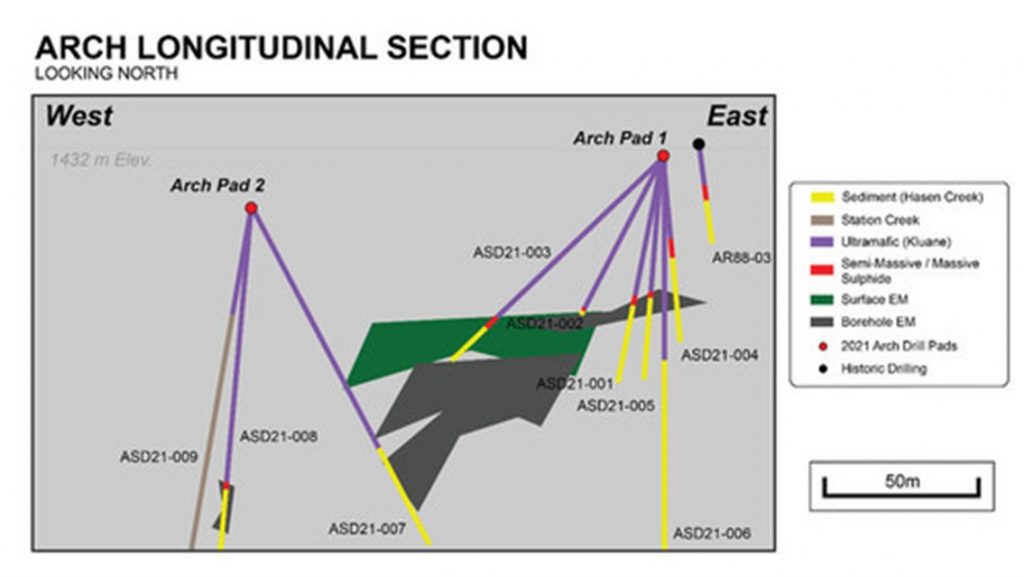