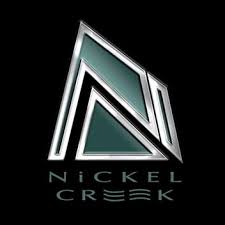 Nickel Creek Platinum Corp. (TSX: NCP) is pleased to announce that it has closed a third and final tranche of its previously announced private placement pursuant to which the Company issued a total of 25,909,091 “flow-through” units at a price of $0.055 per FT Unit for aggregate gross proceeds to the Company of approximately $1.425 million. Each FT Unit consists of one “flow-through” common share and one common share purchase warrant, with each FT Warrant exercisable for one common share at an exercise price of $0.10 for a period of five years from the date of issuance, subject to adjustment upon certain customary events.

In connection with the Flow-Through Offering, certain finders received payment of a finder’s fee equal to 6% of the gross proceeds received by the Company from the sale of FT Units, which finder’s fees were payable in Units at an implied issue price of the FT Units.

Nickel Creek Platinum Corp. is a Canadian mining exploration and development company and its flagship asset is its 100%-owned Nickel Shäw project. The Nickel Shäw project is a large undeveloped nickel sulphide project in one of the most favourable jurisdictions in the world, with a unique mix of metals including copper, cobalt and platinum group metals. The Nickel Shäw project has exceptional access to infrastructure and is located three hours west of Whitehorse via the paved Alaska Highway, which further offers year-round access to deep-sea shipping ports in southern Alaska. The Company is also investigating other opportunities for shareholder value creation.

The Company is led by a management team with a proven track record of successful discovery, development, financing and operation of large-scale projects. Our vision is to create value for our shareholders by becoming a leading North American nickel, copper, cobalt and PGM producer.