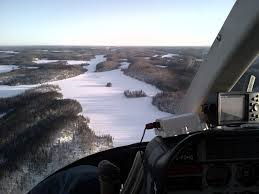 NexGen Energy Ltd. (TSX-V:NXE) is pleased to announce that it has completed its previously announced bought deal offering, including the exercise in full of the over-allotment option raising aggregate gross proceeds of $11,540,250.

Pursuant to the Offering, 25,645,000 units of NexGen were issued at a price of $0.45 per Unit. Each Unit consists of one common share and one-half of one common share purchase warrant. Each Warrant will entitle the holder to purchase one common share of the Company at a price of $0.65 until 5:00 p.m. (Vancouver time) on March 26, 2016. If all of the Warrants are exercised, it will result in additional proceeds to NexGen of approximately $8.3 million. The Warrants are expected to commence trading on the TSX Venture Exchange (“TSXV”) at the open of the TSXV on March 28, 2014 under the trading symbol “NXE.WT”.

The Offering was led by Dundee Securities Ltd. on behalf of a syndicate of underwriters which included Raymond James Ltd., Cantor Fitzgerald Canada Corporation and Macquarie Capital Markets Canada Ltd. In connection with the Offering, the Underwriters received a cash commission on the sale of Units equal to 6.0% of the gross proceeds raised and non-transferable broker warrants equal to 6.0% of the total number of Units sold. Each broker warrant shall be exercisable into one Unit of the Company at the Offering Price until 5:00 p.m. (Vancouver time) on March 26, 2016.

NexGen intends to use the proceeds of the Offering for continued uranium exploration on its Rook 1 Project located in the Athabasca Basin in Saskatchewan and for working capital and other corporate purposes.

NexGen owns a portfolio of highly prospective uranium exploration assets in the Athabasca Basin, Saskatchewan, Canada, including, a 100% interest in Rook 1, which includes the Arrow Prospect, and an option to earn a 70% interest in the Radio Project, immediately adjacent to Rio Tinto’s Roughrider Deposit.