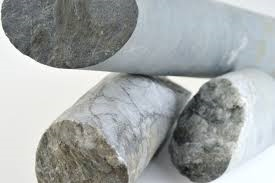 NexGen Energy Ltd. (TSX VENTURE:NXE) is pleased to announce that it has closed the previously announced non-brokered private placement of 14,285,715 units at a price of $0.35 per Unit, for aggregate gross proceeds of C$5,000,000.

The gross proceeds will be used for exploration of the Company’s projects in the Athabasca Basin of Saskatchewan and for general administration costs and corporate purposes.

In connection with the Offering, the Company paid cash finder’s fees to certain finders in an aggregate amount of $230,829.

Two directors, an officer, as well as another insider of the Company, directly or indirectly subscribed for an aggregate of 1,000,000 Units. The participation by insiders in the Offering is considered to be a “related party transaction” as defined under Multilateral Instrument 61-101 (“MI 61-101”). The transaction is exempt from the formal valuation and minority shareholder approval requirements of MI 61-101, as neither the fair market value of the securities being issued, nor the consideration being paid, exceeds 25% of the NexGen’s market capitalization.

This news release is being issued following, and less than 21 days before, the closing of the Offering. This shorter period is reasonable and necessary in the circumstances as the Company wished to complete the Offering in a timely manner following regulatory approval.