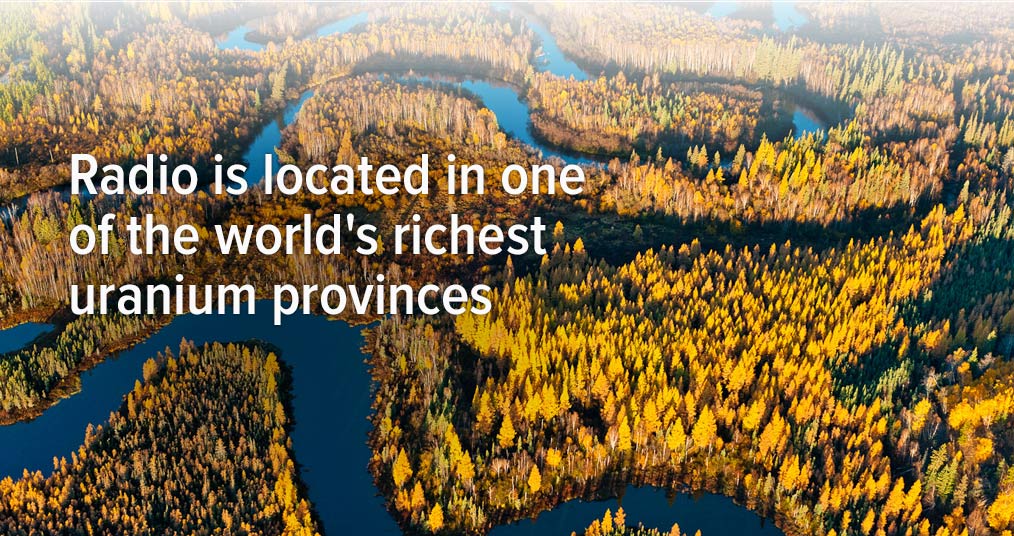 NexGen Energy Ltd. (TSX VENTURE:NXE) is pleased to announce that it has commenced a 4,000 meter drill program at the Radio property, which is immediately adjacent to, and on trend approximately 2km east from, Rio Tinto’s Roughrider uranium deposit. Rio Tinto purchased Hathor Exploration Ltd. and the Roughrider deposit for $650M in February 2012.

Previous detailed geophysical surveys of the Radio property have included aerial VTEM and magnetics, ground gravity and DC resistivity. Interpretation of this data has indicated a number of anomalous features on the property.

This initial diamond drilling program is designed to test coincident interpreted anomalies along strike from the Roughrider deposits along the interpreted shear zone towards the centre of the property. Drilling is expected to continue through to late July depending on ground conditions.

Depth to the basement is estimated at 170 to 200 metres while magnetic data interpretation shows a number of basement structural zones trending east-west, east-northeast and northeast, these being similar to those hosting mineralization on adjacent properties and in the area. Uranium in lake sediments showed elevated values (to 2.5x background) on most of the property.

The Radio Project has never been drill tested.

Leigh Curyer, NexGen’s CEO commented “This is a very exciting milestone for the Company. The Radio Project, which was the cornerstone asset for the formation of NexGen, is a highly prospective target due to its structural setting and proximity to several high grade – high tonnage world class uranium deposits. We are pleased to be drilling Radio, the first of two NexGen projects for this summer, three weeks ahead of schedule. Our other project is Rook 1, which is immediately adjacent to the North East of the Patterson Lake South (PLS) uranium discoveries, owned 50/50 by Fission Uranium Corp. and Alpha Minerals Inc. At Rook 1, the Company will shortly commence a DC resistivity survey in the southern section of Rook 1 adjacent to and along strike from PLS. This survey will assist the drill hole targeting for a 1500 metre diamond drilling campaign planned to commence in August.”