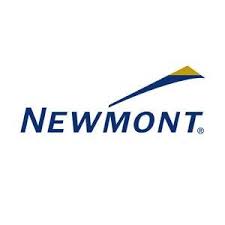 Newmont Goldcorp Corporation (NYSE: NEM) (TSX: NGT) has continued to streamline its asset base by entering into a binding agreement to sell the Red Lake complex in Ontario, Canada to Evolution Mining Limited. Upon closing of the transaction, expected in the first quarter of 2020, Newmont will receive $375 million in cash and contingent payments of up to an additional $100 million tied to new resource discoveries.

“This transaction both strengthens our balance sheet and provides ongoing exposure to new discoveries at Red Lake,” said Tom Palmer, President and Chief Executive Officer. “Evolution is a highly respected and responsible gold producer who is committed to the success of Red Lake and who we believe will prove a great partner for surrounding communities and stakeholders.”

Newmont intends to use proceeds from the transaction to support the Company’s capital allocation priorities of returning cash to shareholders, maintaining an investment-grade balance sheet, and investing in a world-class portfolio.

Newmont has the strongest and most sustainable portfolio of operations, projects and exploration prospects in the gold sector. These assets allow the Company to sequence profitable projects in its unmatched pipeline to sustain gold production over a decades-long time horizon.

Newmont Goldcorp is the world’s leading gold company and a producer of copper, silver, zinc and lead. The Company’s world-class portfolio of assets, prospects and talent is anchored in favorable mining jurisdictions in North America, South America, Australia and Africa. Newmont Goldcorp is the only gold producer listed in the S&P 500 Index and is widely recognized for its principled environmental, social and governance practices. The Company is an industry leader in value creation, supported by robust safety standards, superior execution and technical proficiency. Newmont Goldcorp was founded in 1921 and has been publicly traded since 1925.