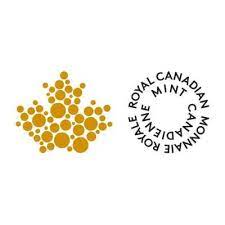 The popular narrative of the Klondike Gold Rush is well known: Keish (Skookum Jim Mason) and his partners discover gold in Bonanza Creek; local prospectors become wealthy “Klondike Kings”; adventurers with dreams of striking it rich pour into the Yukon Territory by the thousands; Dawson City becomes a legendary boomtown; fortunes are made and lost.  On the 125th anniversary of the discovery of gold in the Klondike, the Mint is issuing a commemorative one-dollar circulation coin to remind Canadians that there is a more complete story to tell: one that speaks to the impact on the Indigenous people who have inhabited the land for millennia.  Their displacement, the disruption of their culture and traditional ways of life and the damage on the environment are also legacies of the “last great gold rush”, as is the resilience of the Yukon First Nations who are reclaiming their traditional territory and who remain strong stewards and leaders in the Yukon today.  This is the story being shared on a new commemorative one-dollar coin that starts circulating today. 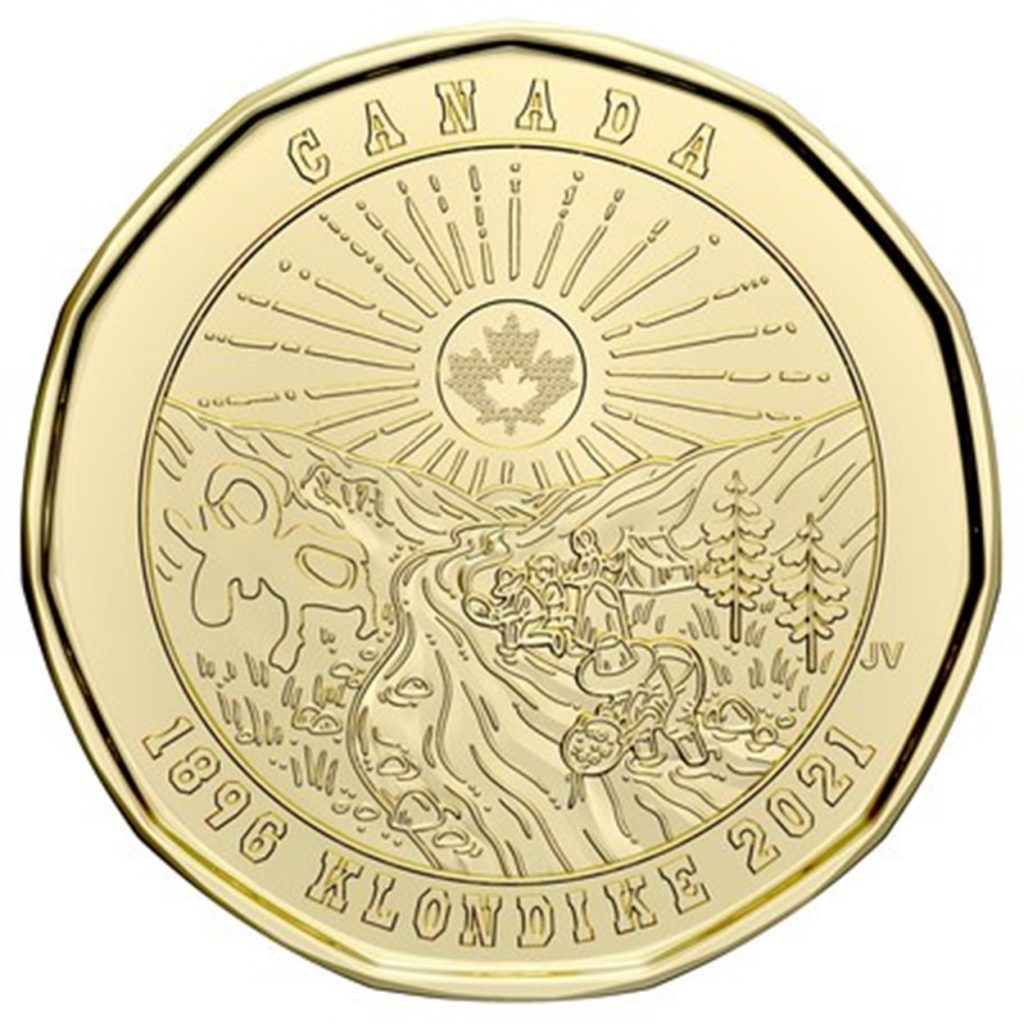 “The Mint is thankful to the Tr’ondëk Hwëch’in and Carcross/Tagish First Nations, as well as the Dawson City Museum for helping us tell a complete, shared story of the Klondike Gold Rush,” said Marie Lemay, President and CEO of the Royal Canadian Mint.  “As this new coin circulates from coast to coast to coast, we hope that the social and environmental impacts of the Klondike discovery will become as well understood as its role developing the Yukon and transforming the Canadian economy.”

“As central as the Klondike Gold Rush is to the Yukon’s fame and history, its portrayal has often been one-sided and reductive,” said Sandy Silver, Premier of the Yukon. “The incorporation of the Carcross/Tagish and Tr’ondëk Hwëch’in First Nations perspectives in the design and spirit of this coin represents a meaningful step in acknowledging a truth long missing from the Gold Rush story.”

The reverse of the one-dollar circulation coin commemorating the 125th anniversary of the Klondike gold discovery is designed by Vancouver artist Jori van der Linde. It depicts the four people credited with the discovery of gold on Rabbit Creek that started the Klondike Gold Rush in August 1896: Keish (Skookum Jim Mason), K̲áa Goox̱ (Dawson Charlie), Shaaw Tláa (Kate Carmack) and her husband, George Carmack. On a hillside appears an image representing the Moosehide Gathering place, where the Tr’ondëk Hwëch’in First Nation relocated when it was displaced by the influx of gold rushers. It has become a critical symbol representing the community’s experience. The word “KLONDIKE” and the dates “1896” and “2021” also accompany the design.

“Skookum Jim was of the Daklaweidi Clan, and his relatives Kate Carmack, Patsy Henderson and Dawson Charlie were co-discoverers of the Gold Rush. We still use the Chilkoot Trail today and have Citizens that work there and look after it,” said Maria Benoit, Deputy Chief of the Carcross/Tagish First Nation. “Skookum Jim was a very prominent member of our First Nation and family member to many Citizens here. We’re very proud of his contributions and those of many of our Citizens during that period. We look at them as the first Carcross/Tagish First Nation entrepreneurs.”

While the Klondike Gold Rush transformed Yukon’s development and the Canadian economy as a whole, the flood of prospectors and adventurers also forever altered the land, uprooting and repressing the traditional ways of living of the Indigenous peoples who lived in the area for millennia prior to the arrival of settlers. Indigenous communities living in what became Yukon still grapple with this legacy today.  More information on the shared history of the Klondike is available at www.mint.ca/klondike.

“The Klondike Gold Rush was a world-changing event, and with it came more than a century of challenges for our First Nation. With the vision and foresight of our past leader, Chief Isaac, we were able to survive the decades of upheaval. He assured that we remained a resilient people,” said Roberta Joseph, Chief of the Tr’ondëk Hwëch’in First Nation. “Today, we are proud to be a self-governing, First Nation government and leaders in our community and territory.”

In all, two million coloured versions and one million uncoloured versions of the coin will begin circulating as of today.  Coloured coins will show the Moosehide Gathering place icon in red.  The obverse features the effigy of Her Majesty Queen Elizabeth II, designed by Canadian artist Susanna Blunt in 2003.

The Mint is adding to this commemoration with a collector keepsake set featuring both versions of the commemorative circulation coin, packaged with uncirculated versions of our classic 2021 circulation coins (5-cent to $2).  It retails for $24.95 and its mintage is set at 100,000.  There are also 10,000 limited-edition special wrap rolls of coloured and uncoloured coins containing 25 uncirculated coins each, available for $79.95. Finally, an exclusive $200 pure gold coin featuring a large-scale version of circulation coin’s reverse design is available for $3,999.95 and limited to 450 coins worldwide.

These collectibles may be ordered as of today by contacting the Mint at 1-800-267-1871 in Canada, 1-800-268-6468 in the US, or online at www.mint.ca. They are also available at the Royal Canadian Mint’s Ottawa and Winnipeg boutiques, as well as through the Mint’s global network of dealers and distributors, including participating Canada Post outlets.

About the Royal Canadian Mint

The Royal Canadian Mint is the Crown corporation responsible for the minting and distribution of Canada’s circulation coins. The Mint is one of the largest and most versatile mints in the world, offering a wide range of specialized, high quality coinage products and related services on an international scale.