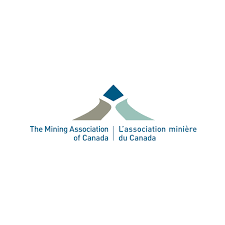 The Mining Association of Canada (MAC) is releasing a new national poll that finds high levels of support for Canadian mining and increased understanding on the role Canada’s mining industry must play in producing the green technologies essential to a low carbon future.

For the past 12 years, MAC has worked with Abacus Data to assess public opinion on Canada’s mining sector. This year, support is at an all time high, with 80% reporting that they have a positive feeling about producers of minerals and metals in Canada and 78% saying they have a positive feeling about Canadian mining companies. Other highlights include:

“This year’s polling data clearly shows that Canadians are becoming increasingly aware of the fact that the minerals and metals industry is a key partner in accomplishing our goal of a greener future,” said Pierre Gratton, President and CEO of MAC. “As one of the lowest carbon-intensity producers of mineral and metal products in the world there is no doubt that Canada fulfills the need for mined materials better than most competing mining jurisdictions and we are pleased to see this recognition by the public at large.”

Abacus reports that the generally positive sentiment about the mining sector is due in large part to the feeling that the industry provides economic benefits and well-paying jobs for Canadians in communities across the country, and that people believe the industry has been making an effort to reduce its environmental impact. Impressions in this area have been improving over time and as more people see mining companies making commitments and taking steps to reduce CO2 emissions, this too is helping people see the industry as having a promising future in a global economy that is looking to decarbonize.

“Canadians care about climate action and decarbonization and expect progress,” said Bruce Anderson, Chairman of Abacus Data. “This year’s numbers reveal two important trends – first, Canadians are seeing economic opportunities in the mining sector when it comes to the future of uses of sustainably produced minerals and metals, and second, that they observe Canadian mining companies moving in a good direction across a range of priorities, from environmental stewardship to emissions reduction to Indigenous relations. There’s enthusiasm about the role Canadian mining is playing in elevating mining standards in other parts of the world too.”

The mining industry is a major sector of Canada’s economy, contributing $107 billion to the national GDP and is responsible for 19 percent of Canada’s total domestic exports. Canada’s mining sector employs 692,000 people directly and indirectly across the country. The industry is proportionally the largest private sector employer of Indigenous peoples in Canada and a major customer of Indigenous-owned businesses.

The Mining Association of Canada is the national organization for the Canadian mining industry.  Its members account for most of Canada’s production of base and precious metals, uranium, diamonds, metallurgical coal, mined oil sands and industrial minerals and are actively engaged in mineral exploration, mining, smelting, refining and semi-fabrication.