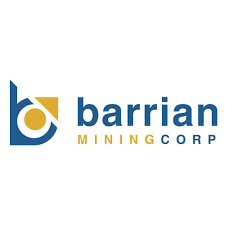 New Placer Dome Gold Corp. (formerly, Barrian Mining Corp.) (TSX-V: NGLD) (FSE: BM5) is pleased to announce that it has closed its previously announced non-brokered private placement of 56,129,399 units for gross proceeds of $12,348,467.78. As previously disclosed, each Unit was priced at $0.22 and consists of one common share and one transferable common share purchase warrant. Each Warrant entitles the holder to purchase one common share of the Company at a price of $0.30 per share for a period of thirty-six months from the date of closing the Private Placement. The Company is also pleased to announce that it has closed the previously announced transaction with Liberty Gold (details below).

The Company paid aggregate cash finder’s fees of $542,487.75 and issued 2,563,944 non-transferable finder warrants to certain brokers on a portion of the Private Placement. The finder warrants entitle the holder to purchase one common share of the Company at a price of $0.28 per share for a period of twenty-four (24) months from the date of closing the Private Placement.

A portion of the Private Placement constitutes a “related party transaction” within the meaning of Multilateral Instrument 61-101 – Protection of Minority Security Holders in Special Transactions as some of the Units were issued to certain directors and officers of the Company. The issuance of the Units to the insiders of the Company under the Private Placement are exempt from the formal valuation and minority shareholder approval requirements under MI 61-101 pursuant to subsections 5.5(b) and 5.7(1)(a), as the Company’s common shares are not listed on a specified market and the fair market value of these Units will not exceed 25% of the Company’s market capitalization.

Proceeds raised from the Private Placement will be used to make the initial payments to Liberty Gold Corp. (TSX: LGD), to fund its maintenance and exploration costs on its properties, and for general working capital purposes.

All securities issued pursuant to the Private Placement are subject to a four-month hold period from the closing date in accordance with applicable securities laws.

Max Sali, Co-Founder and CEO comments: “we would like to thank everyone involved in closing this financing and transaction with Liberty Gold Corp. With one of the largest financings for a junior gold company this year, we are well positioned to advance the Kinsley and Bolo projects located in Nevada. We look forward to providing further updates as we commence our exploration programs.”

The Company’s common shares will commence trading under its new name and on a post-consolidated basis under the ticker symbol “NGLD” effective at market opening on Thursday, June 4, 2020.

Immediately prior to completion of the Consolidation, the Company had 48,722,123 common shares issued and outstanding. After giving effect to the Consolidation, the Company had approximately 24,361,062 common shares issued and outstanding prior to the closing of the Private Placement and the transaction with Liberty Gold. No fractional shares were issued, with any fraction of a share rounded up to the nearest whole number if 0.5 or greater and down to the nearest whole number if less than 0.5 of a share. The Company’s outstanding options and warrants were adjusted to reflect the Consolidation.

The Company is pleased to announce that it has closed the previously announced transaction with Liberty Gold. In order to exercise the option to acquire Liberty Gold’s interest in Kinsley Gold LLC a limited liability company holding ownership and leasehold rights in and to 513 unpatented claims and 5 leased patented claims, covering 4,187 hectares, known as the “Kinsley Mountain Project”, located in southeast Elko County, Nevada, The Company must issue common shares and make certain cash payments as follows:

(a) pay USD$1,250,000 in cash, pay USD$124,570 in respect of a surety bond deposit for the Kinsley Mountain Project and issue 9.9% of common shares (post-Consolidation and post-Private Placement) of the Company. The Company issued 8,844,124 common shares to Liberty Gold;

(b) pay USD$2,500,000 in cash on or before the first anniversary of the final approval of the transaction by the TSX Venture Exchange; and

(c) issue USD$2,500,000 of common shares of the Company on or before the second anniversary of the final approval of the transaction by the Exchange.

The Initial Payment common shares are subject to a voluntary 12-month hold period from the date of issuance. Liberty Gold was also granted anti-dilution rights in future equity financings of the Company.

In connection with this transaction, the Company agreed to pay a transaction finder’s fee of 800,000 Units to Request Equity Corp.

New Placer Gold Dome Corp. is a gold exploration company focused on acquiring and advancing precious metal projects in the United States. The Company’s flagship Kinsley Project is located in the Elko and White Pine Counties, Nevada and the Bolo Project is located 90 km northeast of Tonopah, Nevada. The Company also has the option to acquire 100% of the Troy Canyon Project located in Nevada