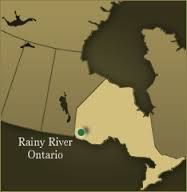 Bayfield Ventures Corp. (TSX-V: BYV) (OTC Pink: BYVVF) (Frankfurt: B4N) announced today that it has entered into a definitive arrangement agreement with New Gold Inc. (TSX:NGD) (NYSE MKT: NGD) pursuant to which New Gold will acquire 100% of the outstanding common shares of Bayfield by way of plan of arrangement.

Under the terms of the Arrangement, Bayfield shareholders will receive 0.0477 of a New Gold common share for each Bayfield share held. The Share Consideration represents a premium of 47% per Bayfield share based on the 20-day volume-weighted average trading price of Bayfield shares on the TSX Venture Exchange and the VWAP of New Gold shares on the Toronto Stock Exchange as of Nov. 7, 2014, and a 50% premium to the companies’ respective closing prices on such Exchanges on Nov. 7, 2014, the last day of trading prior to this announcement. The offer values Bayfield at approximately $16.6 million.

“This transaction delivers an immediate and attractive premium to our shareholders. It allows our shareholders to continue to share in the potential of the Rainy River Project through their New Gold shares as well as gain exposure to New Gold’s diversified gold production base and strong growth profile” stated Jim Pettit, Chairman and Chief Executive Officer of Bayfield.

The transaction will be carried out by way of a court-approved plan of arrangement, and will require the approval of at least 66 2/3% of the votes cast by shareholders present in person or by proxy at Bayfield’s special meeting of shareholders, expected to take place in January 2015. The transaction is also subject to applicable regulatory approvals, including approval of the Toronto Stock Exchange for the issuance of New Gold’s common shares, and the satisfaction of certain closing conditions customary in transactions of this nature.

Bayfield shareholders will receive 0.0477 of a New Gold share for each Bayfield share held. Bayfield’s outstanding warrants will be adjusted in accordance with their terms entitling their holders to acquire common shares of New Gold instead of one Bayfield share upon exercise thereof based on the same exchange ratio.

The arrangement agreement includes customary non-solicitation provisions applicable to Bayfield and provides for the payment of a C$650,000 break-up fee to New Gold if the transaction is terminated in certain circumstances. In addition, Bayfield has granted New Gold a right to match any competing offer. Closing of the transaction is expected to occur in January 2015 but by no later than March 31, 2015.

In connection with the transaction, New Gold has agreed to provide a secured convertible loan of up to $300,000 to Bayfield to cover certain costs associated with the transaction. The loan will bear interest at a rate of 6% per annum, have a term of six months, and subject to TSX Venture Exchange approval, be convertible into Bayfield common shares at New Gold’s option at Bayfield’s shares closing price on the TSX Venture Exchange on November 10, 2014.

Full details of the transaction will be set out in Bayfield’s information circular that will be prepared in respect of the special meeting of shareholders to approve the Arrangement. Bayfield intends to mail the information circular in early December. Bayfield shareholders and other interested parties are advised to read the materials relating to the proposed Arrangement after they are filed by Bayfield on SEDAR at www.sedar.com.

Robert Marvin, P.Geo., CPG, VP Exploration for Bayfield Ventures, is the Qualified Person as defined by National Instrument 43-101 and supervised both the project field work and the preparation of the technical information in this release.

Bayfield Ventures Corp. has been exploring for gold and silver in the Rainy River district of north-western Ontario. Bayfield Ventures goal is to increase shareholder value by developing exploration projects near world-class deposits that have the potential of becoming new discoveries.