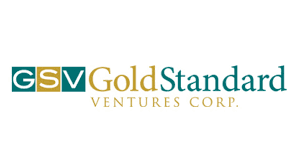 Gold Standard Ventures Corp. (TSX:GSV) (NYSE AMERICAN:GSV) today reported results from seven reverse-circulation drill holes at the Dixie Target on its 100%-owned/controlled Railroad-Pinion Project in Nevada’s Carlin Trend. This is the first systematic drilling ever undertaken at Dixie which lies approximately four km south of the Dark Star Deposit and within the highly prospective north-striking Dark Star Corridor (refer to Dixie plan and section maps at the following link https://goldstandardv.com/lp/dixie-June2018-drill-maps/)

Jonathan Awde, CEO and Director of Gold Standard commented: “We are very excited by the potential for a significant deposit at Dixie. This target was known historically but the geology was misunderstood at the time. Our technical team recognizes that Dixie has many similarities to the high-grade deposit at North Dark Star, including the same host rock and structural setting that we have learned to value in our five years of intensive exploration at Railroad-Pinion. The key favorable features appear to exist along Dixie’s 2000 meters of known strike length and potentially along the entire 12 km. length of the Dark Star corridor, which would be a major development. With just under $40 million in our treasury, we have lots of room to pursue this and other opportunities in the district.”

Success at Dixie is in addition to recent developments at Jasperoid Wash where Gold Standard drilled its first hole in 2017 and expects to report a maiden resource estimate by the end of 2018, just 14 months later.

This year’s first seven holes at Dixie are a portion of Gold Standard’s US$25.8 million development and exploration program which includes an estimated 74,800m of RC and core drilling in 381 holes (see February 26, 2018 news release). One of the objectives of the 2018 drilling was to test new targets west and south of Dixie where favorable Pennsylvanian-Permian (“Penn-Perm”) carbonate rocks are altered, folded and crosscut by dike-filled faults. These geological patterns at Dixie are reminiscent of those documented at Dark Star.

These intercepts are hosted in the Penn-Perm debris flow conglomerate.

Dixie drill results are as follows:

Gold intervals reported in this table were calculated using a 0.14 g Au/t cutoff.  Weighted averaging has been used to calculate all reported intervals.  True widths are estimated at 70-90% of drilled thicknesses.

Michael Harp, Gold Standard’s Project Geologist at Dixie commented: “Continued success in the Penn-Perm rocks illustrates the elevated exploration potential across the southern property acquisition completed in 2017. The thick intercepts in DX18-06 and DX18-07 at Dixie illustrate that Dark Star-like intercepts are possible anywhere Penn-Perm rocks have been exposed to structural preparation and mineralizing fluids within the dike-filled corridor. The new geologic interpretation is being applied at Dixie to hone in on higher-grade mineralization and to expand this zone. Continued success at Dixie and the thick, plus 1-gram intercepts shows Dixie as a high priority target worth advancing toward a maiden resource.

All sampling was conducted under the supervision of the Company’s project geologists and the chain of custody from the project to the sample preparation facility was continuously monitored.  A blank, certified reference material, or rig duplicate was inserted approximately every tenth sample.  The samples were delivered to Bureau Veritas Mineral Laboratories preparation facility in Elko, NV where they were crushed and pulverized.  Resulting sample pulps were shipped to Bureau Veritas certified laboratory in Sparks, NV or Vancouver, BC.  Pulps were digested and analyzed for gold using fire assay fusion and an atomic absorption spectroscopy (AAS) finish on a 30-gram split.  All other elements were determined by ICP analysis.  Data verification of the analytical results included a statistical analysis of the standards and blanks that must pass certain parameters for acceptance to insure accurate and verifiable results.