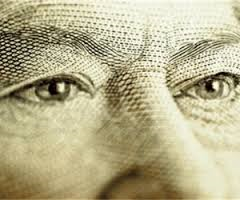 Canadian exploration and mining associations, in collaboration with civil society organizations, have released recommendations for the development of a payment transparency standard for all publicly-traded mining companies in Canada.

Today’s launch by the Resource Revenue Transparency Working Group provides Canada’s federal and provincial governments, alongside provincial securities commissions, with a blueprint for a payment reporting framework. This framework will better serve the needs of the data’s end-users, such as citizens, governments and investors, but also those of the reporting companies.

Government implementation of these recommendations will provide citizens around the world with valuable information about payments from companies to governments in countries that produce minerals. Increased transparency will allow citizens and media to hold their governments to account for the revenues generated from mining activities and help to ensure that these revenues contribute to sustainable development and poverty reduction. For example, the Africa Progress Panel suggests that Africa is home to 30 percent of the world’s mineral reserves, yet resource-rich African states still lag in almost all development indicators. Enhanced payment transparency is critical to ensuring that governments mobilize natural resource revenues to fight poverty and promote development.

The proposed standards provide companies with a credible means to demonstrate critical local economic contributions. “Transparency of payments to governments will highlight the financial contributions and benefits that come from resource development,” said Ross Gallinger, Executive Director of the Prospectors & Developers Association of Canada (PDAC).

The Working Group-consisting of the Mining Association of Canada (MAC), PDAC, Publish What You Pay-Canada (PWYP-Canada), and the Revenue Watch Institute-developed and finalized the recommendations for Canada’s mining sector. These recommendations are the result of more than a year of multi-stakeholder consultations across Canada, and take into account expert guidance and a substantial public comment process.

The release of the working group’s recommendations comes seven months after the Canadian government committed to enhance extractive sector payment transparency in the June 2013 run-up to the G8 Summit. The document provides a roadmap for Canada to fulfill its commitment to implement mandatory payment reporting standards for Canada’s mining sector.

“In Canada, we have been able to work with industry to find common ground through a unique collaboration, which I hope provides a model for future cooperation,” said PWYP-Canada Director Claire Woodside. “Canada now has the opportunity to take this common ground and create a robust payment reporting standard that will see Canada take a much stronger lead on global transparency efforts.”

The recommendations aim to bring Canada in line with emerging global reporting standards such as those recently passed into law in the United States and European Union.

“The framework is consistent with existing laws in the European Union and the United States and moves us a big step closer to a global standard,” said Pierre Gratton, President and CEO of MAC. “A global standard is critical for this type of disclosure to create a level playing field for companies. It is also essential to ensure this data is consistently reported between countries for it to be truly useful to communities who wish to use it to hold their governments accountable for the responsible use of mineral revenues.”

Close to 60 percent of the world’s mining companies are listed on Canadian stock exchanges, with more than 1,000 companies operating in over 100 countries. “We urge the federal and provincial governments in Canada adopt these recommendations not only to bring the obvious advantages of transparency to Canada, but also because they will benefit so many poor people living in resource-rich, developing nations,” said Daniel Kaufmann, President of the Revenue Watch Institute.

For the full text of the recommendations, visit www.pwyp.ca.

The Mining Association of Canada is the national organization for the Canadian mining industry. Its members account for most of Canada’s production of base and precious metals, uranium, diamonds, metallurgical coal, mined oil sands and industrial minerals and are actively engaged in mineral exploration, mining, smelting, refining and semi-fabrication.

The Prospectors & Developers Association of Canada (PDAC) is a national association representing the mineral exploration and development industry with over 10,000 individual and corporate members. The PDAC exists to promote a responsible, vibrant and sustainable Canadian mineral exploration and development sector. The PDAC encourages leading practices in technical, environmental, safety and social performance in Canada and internationally. The PDAC also hosts the mineral industry’s largest annual convention in downtown Toronto. The PDAC 2014 Convention will take place from March 2 to March 5.

Publish What You Pay Canada is the Canadian coalition of Publish What You Pay, a global network of over 700 civil society organizations united in their call for oil, gas and mining revenues to form the basis for development and improve the lives of citizens in resource-rich countries.

The Revenue Watch Institute is a non-profit policy institute that promotes the effective, transparent and accountable management of oil, gas and mineral resources for the public good. Through capacity building, technical assistance, research and advocacy, RWI helps countries realize the development benefits of their natural resource wealth.